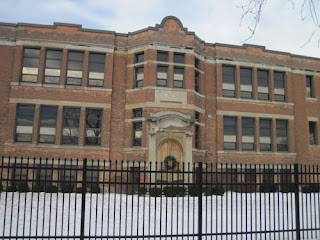 A Christmas Story is one of the greatest holiday movies ever made.  It is always playing somewhere on television during the holiday season.  One memorable scene is where a young boy named Flick gets his tongue stuck to a flagpole.  It was all the result of the sinister triple dog dare. 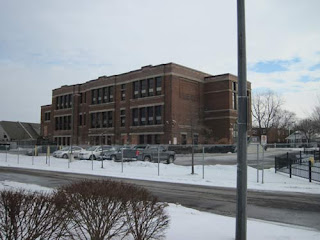 The Victoria Public School in St. Catharines, Ontario is where they filmed all of the school scenes from the movie.  A group of children are out in the school yard where Schwartz has just double dared Flick to lick the flagpole.  The double dare soon becomes a double dog dare and from there, despite a breach of etiquette, it becomes a triple dog dare. 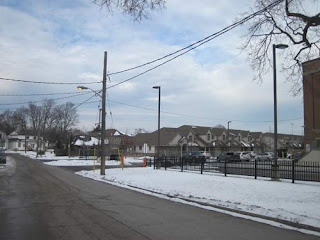 Flick licks the pole and of course his tongue sticks.  The bell rings and all the other children head back inside leaving poor Flick behind.  On a trip to Niagara Falls we visited this filming location.  The school was now being used as a women's shelter and homes had been built in the schoolyard. 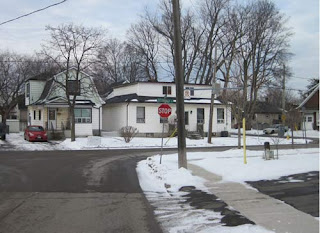 One thing that had not changed since the movie was filmed in the early 1980s was the two houses that sit at the intersection of Gibson Place and Fitzgerald Street.  You can see these homes just behind Flick when the fire department and police arrive to help remove him from the pole. 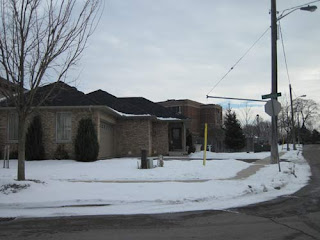 That would place the flagpole somewhere near this house that was built on the old school property.  If you are a fan of A Christmas Story we think that you should visit this location.  We dare ya!