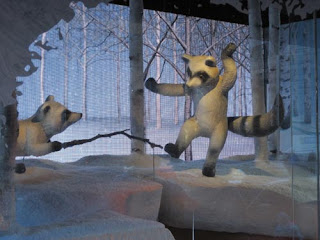 For many years the Christmas windows at The Bay on Queen Street showed the story of Santa and his elves preparing for the big day.  Now the animals have taken over.  This year the windows were changed and feature the animated animals of the Enchanted Forest.  As much as we enjoyed the previous display, we instantly fell in love with the new windows.  You can read about The Bay's previous Christmas windows here. 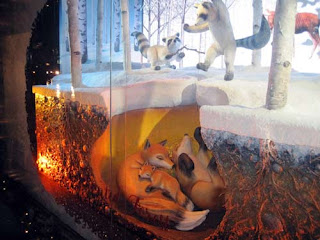 The first of the five windows in the display features a fox den.  Two mischievous racoons are hanging a feather down into the den to disturb the sleeping fox family.  On a video screen at the back of the display a moose walks through the woods. 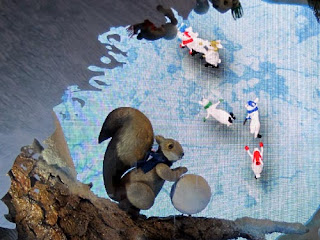 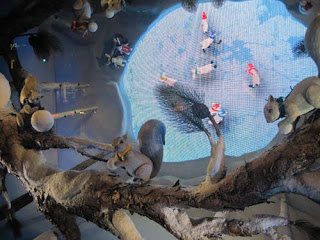 The next window showed a group of squirrels rolling up some snowballs.  The intended targets appeared to be a group of ice skaters below.  A group of squirrels is called a scurry.  There was no worry about us being snowball pelted by squirrels, but one of us did almost get taken out by snow that slid off of The Bay store's awning. 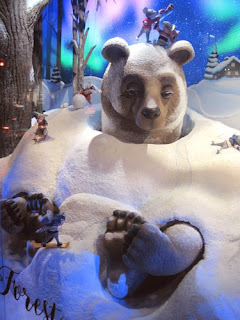 The next window was our favourite.  It featured a bear who was covered in snow while little mice played all around him.  Behind the bear flickered the Northern Lights. 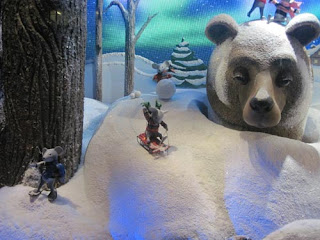 The bear looked back and forth while his little rodent friends tobogganed and snowboarded and enjoyed some winter fun. 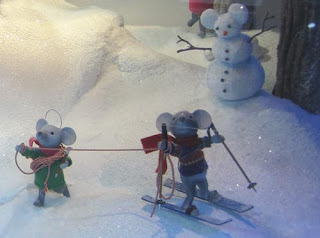 These two mice had just finished building a snowmouse. 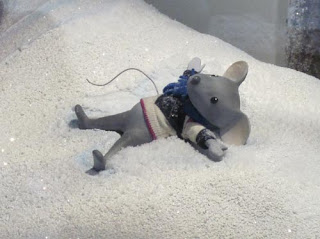 This mouse was making a snow angel.  None of the mice seemed concerned that their winter hill contained a big brown bear. 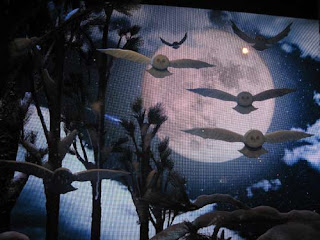 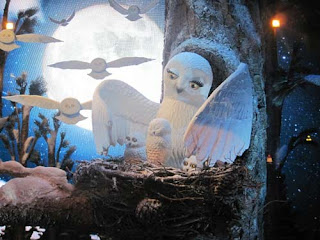 The next window showcased night time in the Enchanted Forest.  Snowy owls flew across the sky backed by moonlight.  A mother owl opened her wings to reveal the babies hidden in her nest. 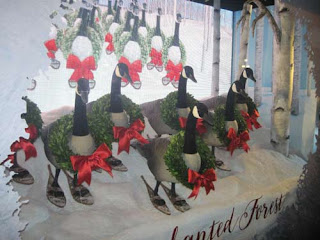 The last window showcases the Hudson Bay Company's Canadian roots.  An army of Canada Geese in snowshoes march together. 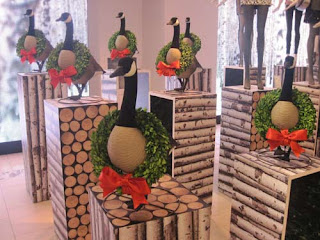 After enjoying the displays we headed inside The Bay store.  We were happy to see that another group of wreath wearing Canada Geese had taken over a small section of the ladies wear department.
One of us was also in New York City in December and while taking a bus tour saw a familiar sight.  The Lord & Taylor store in Manhattan has the exact same Enchanted Forest display this year.  Lord & Taylor is owned by The Hudson's Bay Company.  That means you have at least two cities you can visit in order to see this delightful holiday display.  We suspect that these happy woodland creatures will be making a return visit for many Christmases to come.