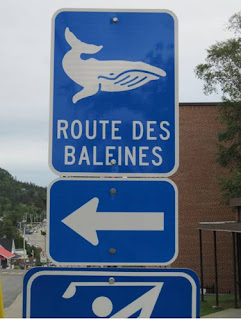 Since writing a grade school speech about blue whales, one of us has been waiting for a real world encounter with the largest animal on earth.  We planned a trip to Tadoussac, Quebec where the Saguenay River meets the St. Lawrence to try and make this dream come true.  This region is known to attract many of the world's whales, including the blue whale. 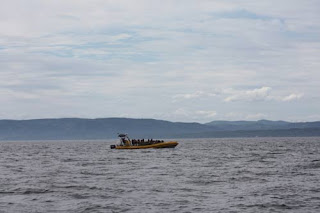 We arrived in Quebec City and drove north to Tadoussac where we were staying at a bed and breakfast.  At the advice of the rental car guy, the next day we drove a bit further north to Les Escoumins.  He said that our chances of a blue whale encounter would be higher in this region.  We booked a zodiac tour with Croisières Escoumins and headed out into the St. Lawrence River to try our luck. 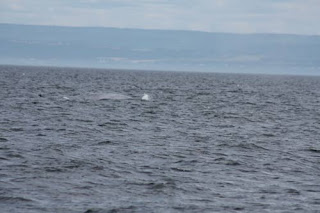 It wasn't very long at all before we spotted a burst of water rise into the air.  Our guide reported that it was a blue whale.  At last, a dream come true.  Great advice, rental car guy.  Above is our first photo of our first blue whale encounter.  You can see that the whale is more grey than blue and blends in with the waves of the river.  The whale went back under the surface. 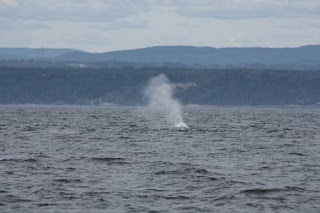 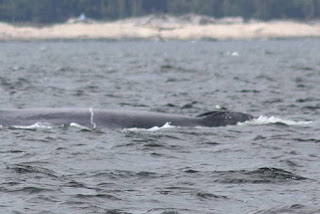 We were thrilled that we had chosen the right place for a blue whale to come and visit us.  Another plume of water and the whale surfaced once again.  We could see its giant blowholes. We were very lucky that because of the way the whale was feeding, that it came to the surface several times during our boat tour.  Blue whales typically dive while feeding for up to 10 minutes but can sometimes be 30 minutes or more.  When the whales surface they could also be quite a distance from where they were last spotted. 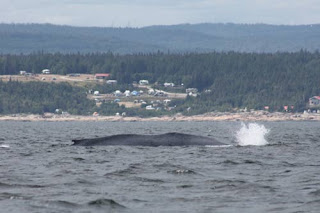 The whale surfaced for us one last time.  This time it was very close.  We were treated to another rare display by this gentle giant.  The blue whale dove again, but on the way down it raised its tail as if to wave goodbye.  Bye-bye Blue.   You have given us an experience we will never forget. 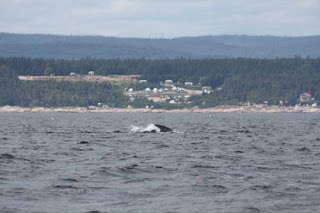 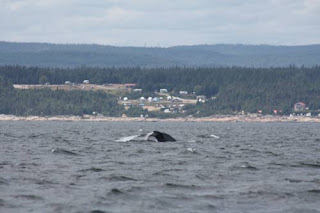 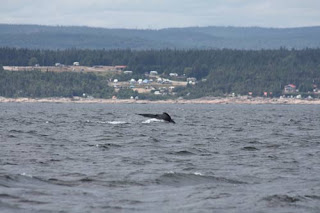 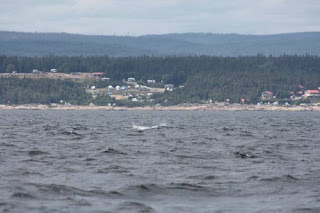