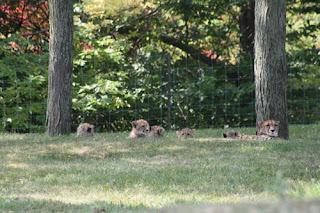 The Toronto Zoo has seen another baby boom.  This time it is of the furry, feline variety.   There are 9 little cubs from 3 different species.  After a few months of being off display, the cubs now have daily viewing times. 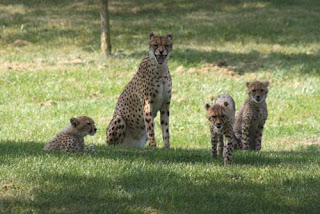 The first to arrive were a handful of African cheetah cubs born at the end of April, 2017.  These 5 cubs consist of 3 boys and 2 girls.  Through the years there have been 53 cheetahs born at the Toronto Zoo. 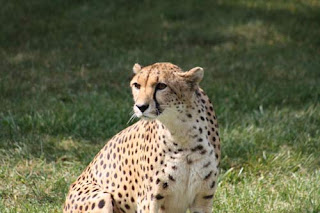 The cubs are always under mother's watchful eye.  Whether they are lazing around together under a tree (top photo of blog) or heading out during feeding time, she is on the alert. 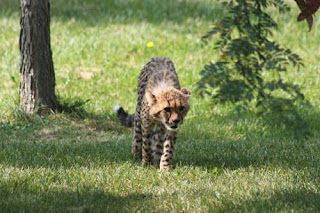 During feeding time the cubs cautiously headed towards the front of their enclosure. 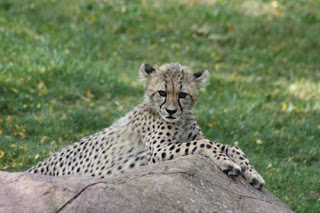 A few moments later they became more comfortable and lounged around on the rocks. 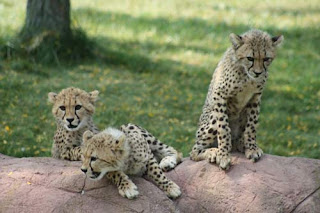 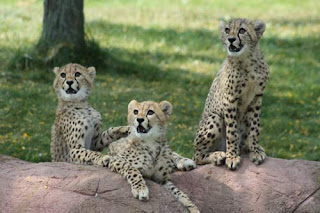 A goose flew overhead and almost made the fatal mistake of landing into the enclosure.  Usually the Canada Geese at the zoo walk around like they own the place, but they wouldn't last very long against the fastest land animal on earth.  Especially if outnumbered six to one. 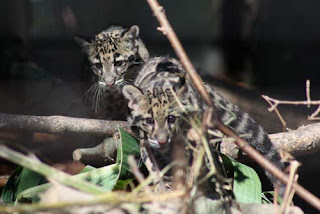 The next babies to arrive at the zoo were two clouded leopard sisters born in May, 2017.  Their mother was a first time mother and was not caring for the cubs properly so zoo staff had to take over. 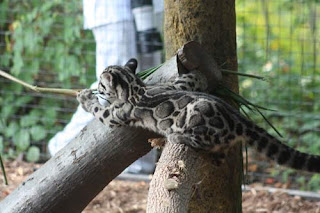 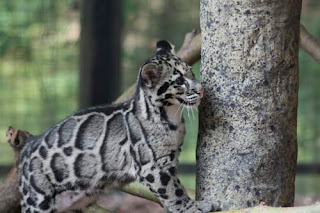 The clouded leopards are only on display for a brief playtime each day.  As soon as they get outside they are ready to jump or climb on anything they can. 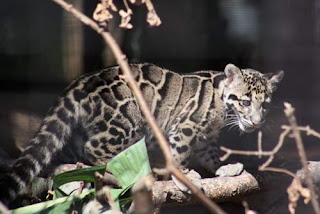 Their parents are inside the Malayan Woods Pavilion while the zoo keepers have the task of raising and feeding the babies.  The babies are in the lion-tailed macaque exhibit and the macaques have been temporarily displaced.  We noticed the macaques on a pole while riding the zoomobile through Eurasia. 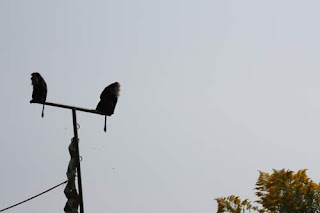 Another pair of babies is also located in Eurasia.  A few days after the clouded leopards were born, a trio of snow leopards were also born.  Sadly, one of the cubs did not survive. 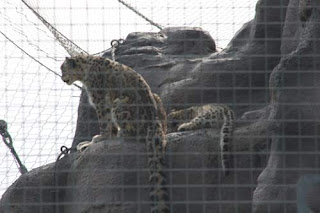 The remaining brother and sister are on display with their mother. 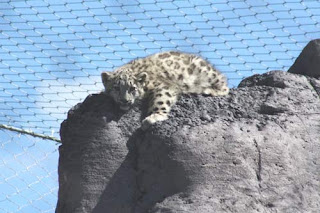 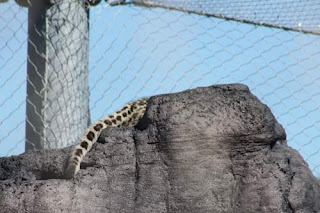 They are still a little shy and the brother likes to climb as high as he can and then hide behind the rocks.  In the wild, snow leopards are found at high altitudes on mountain ranges such as the Himalayas.  That shyness will soon disappear as they continue to grow.  Like all wild animals, it won't be long until they are just as big and strong as their parents. Visit them soon if you can.