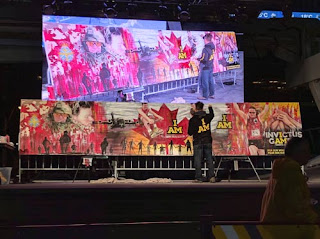 The Invictus Games are designed for war veterans to participate in sport and help them overcome their PTSD or deal with their physical injuries.  Prince Harry helped start the event and the first games were held in London, England.  This year they are being held in Toronto, Canada until September 30th.  The annual Nuit Blanche festival is also being held in Toronto on September 30th. 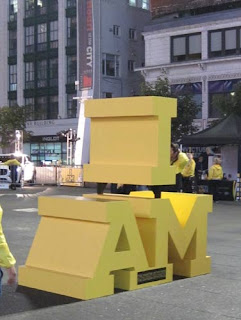 It seemed fitting that we received a sneak peak of the games during the 2016 Nuit Blanche festival in Toronto.  The I AM logo above is taken from the center of  the words Invictus Games. 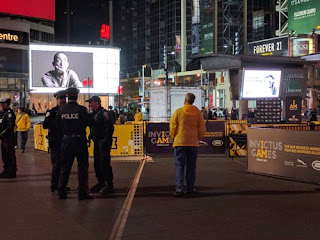 In Dundas Square we were able to add blocks to help form a big I AM on the ground and show our support for the games. 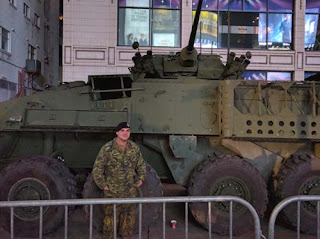 The Canadian Armed Forces were also in the square, offering a unique opportunity to see some of their equipment. 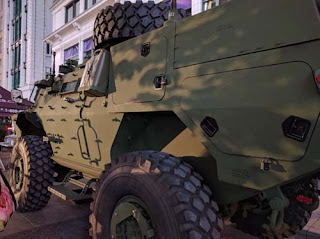 We were able to go inside an armoured transport vehicle. 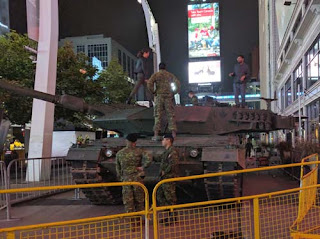 The highlight was a tank that had been driven into the square.  They were offering the opportunity to climb onto the tank.  Nuit Blanche is an all night event which runs from dusk until 7 AM the next morning.  Even though it was close to 4 AM we still had to line up for our turn on the tank. 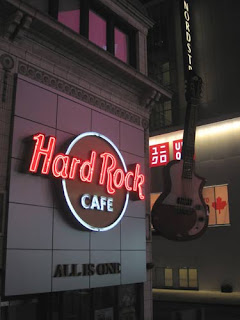 While standing on the tank we had a nice view of the Hard Rock Cafe.  Sadly, this location closed earlier this year. 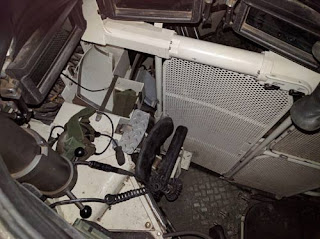 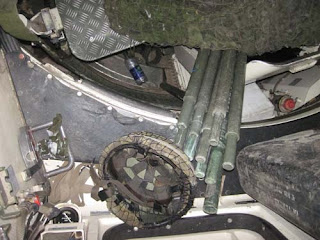 We were also able to take a look down into the tank and see where the crew is jammed in while on active duty. 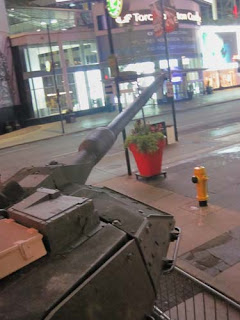 Lastly, we had the chance to stand next to the cannon which was pointed towards the Eaton Centre.  It was fun to see this equipment up close.  We can only imagine the experiences inside this equipment for the men and women taking part in the Invictus Games.  We wish them well in their competition.