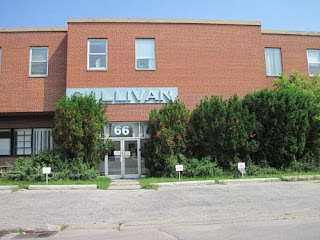 In 2014 we attended a two day event called The Murdoch Experience.  The event was designed for fans of the Murdoch Mysteries television show and the first day featured a tour of Sullivan Studios in Scarborough.  The show is about to air its tenth season so we thought now would be a good time to  share some of the filming locations that appear in almost every episode.  This blog post focuses on the backlot. 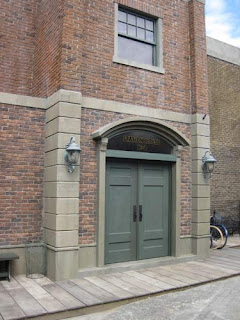 Above is Station house No.4, which is where Detective Murdoch (Yannick Bisson) , Dr. Julia Ogden (Helene Joy), Inspector Brackenreid (Thomas Craig) , Constable George Crabtree (Jonny Harris) and the rest of the police officers work.  They have passed through these doors many times and often Murdoch is running out to hop onto his bicycle parked nearby. 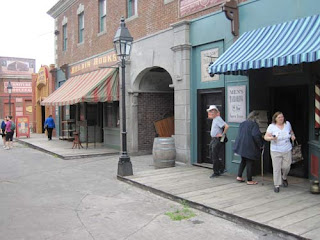 The other areas of the backlot have been used many times throughout the years and have been shot from many different angles. 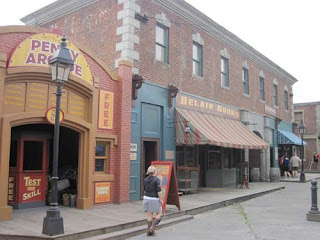 This is the same street as in the previous photo, but shot from the opposite direction. 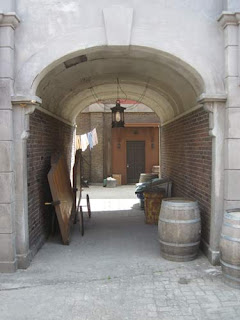 This shot is taken looking into the archway in between the stores. 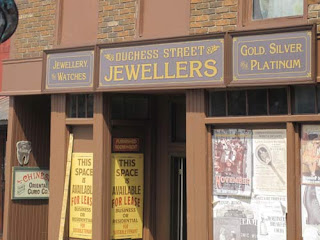 The store signage is also changed as needed for different episodes.  This store could belong to a jeweller for one episode and then a bespoke tailor the next. 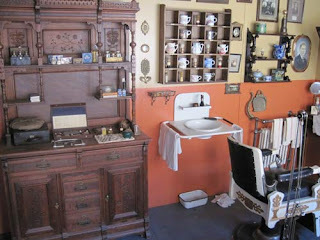 Some of the stores could be entered into while other doors just lead behind the scenes.  The barber shop above was all dressed and ready for filming to begin. 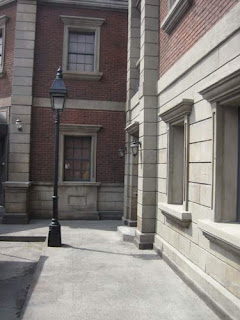 One episode which makes great use of the backlot is episode 3 of season 6 called "Murdoch on the Corner". 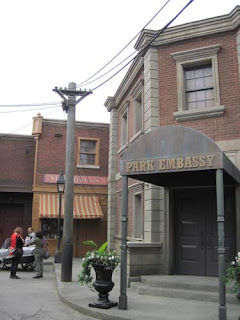 In this episode the building above plays the Bank of Toronto. 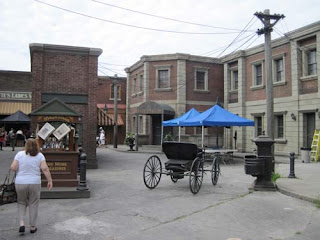 Murdoch sets up a camera in a building on the opposite end of the square in order to catch a killer. 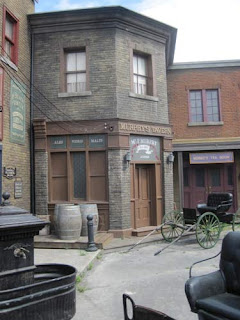 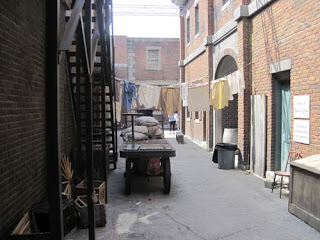 Murdoch Mysteries is set in the late 1890s and into the early 1900s.  It is meant to represent Toronto, Canada during that period.  The sets have also been used for other television shows from the same time period such as Road to Avonlea. 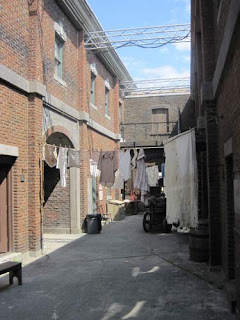 In the alleyway above you can see the rigging that would hold lighting or other equipment.  This would help create just the right look for when someone meets their demise. 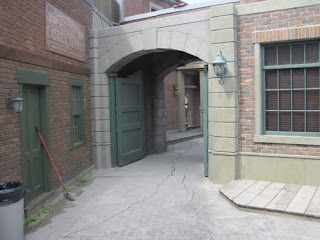 Once they do, it won't be long until Murdoch rides around the corner on his bicycle or Crabtree shouts "You there!" as he joins the pursuit.  We will continue our Murdoch Experience in future blogs, but for now we will leave you with some more pictures of the Sullivan Studios backlot. 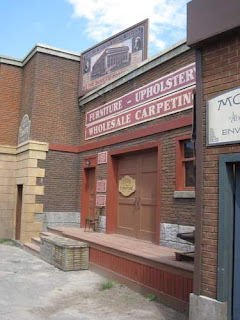 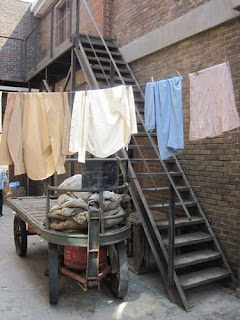 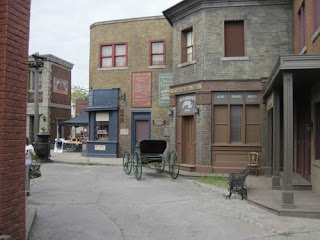 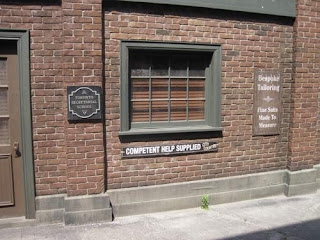 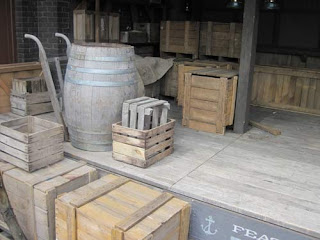 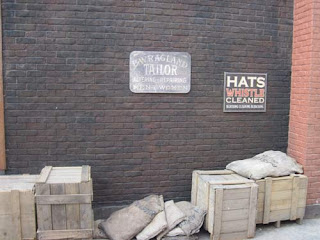 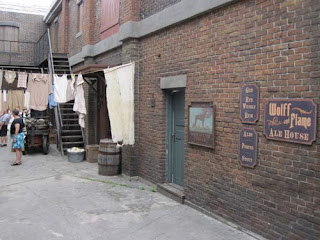