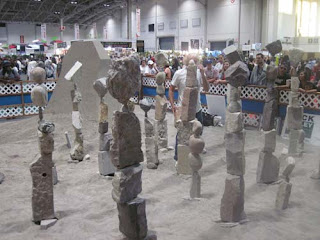 One of the highlights of the Canadian National Exhibition for the past 18 years has been the amazing skill of Darryl Maddeaux.  Somehow he manages to take rocks of varying sizes and shapes and form them into the towers you see above. 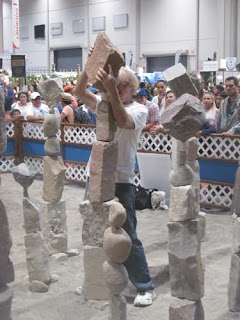 He performs in front of large crowds during the C.N.E.  He selects a rock, feels its weight and lifts it to the top of one of the towers.  He holds it in place making minor adjustments until he is satisfied with his placement.  He pulls his hands away and the rock balances there defying gravity. 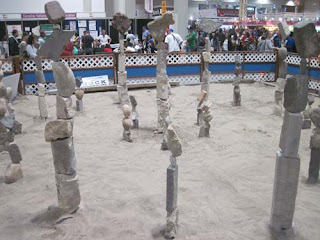 The towers of rock, sometimes as high as 10 rocks, can stay standing for hours.  We have watched Darryl many times through the years and we have never once seen a rock fall.  Sadly, this year he has chosen to retire.  We will miss his magic. 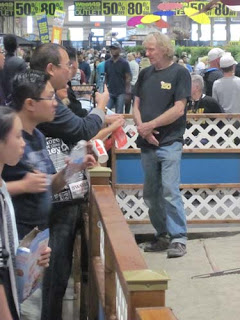 We chatted with Darryl and he told us a story. He said that when he was young he played guitar and put out an album of music. Shortly after that he put out a second album of music. He said he then attended a concert featuring four young men with mop top haircuts from England. After seeing The Beatles he declared, "This is what I want to do. I want to be a rock star." He turned and pointed to the perfectly balanced rocks behind him and stated. "I just wasn't specific enough." 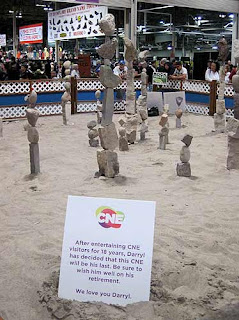