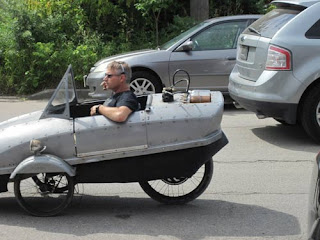 In 2014 we attended a two day event called The Murdoch Experience.  The event was designed for fans of the Murdoch Mysteries television show and the first day featured a tour of Sullivan Studios in Scarborough.  The second day was an event at The Old Mill where cast and crew talked about how the show is made. This blog post focuses on the props department. 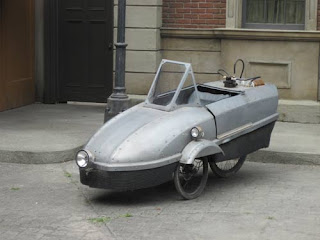 When we first arrived at the studios we were passed by an unusual vehicle.  It was being driven by Craig Grant who is the Property Master for the show (photo at top of post).  This vehicle appeared in the Murdoch Mysteries season five episode called "Who Killed the Electric Carriage?".  In the episode, James Pendrick is accused of murder because he could have used his electric car to travel the distance necessary to commit the crime in the limited time. 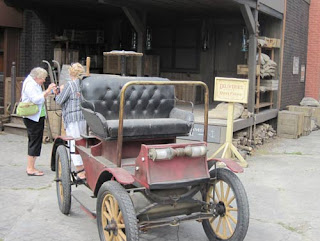 Pendrick's car wins a race against Henry Ford and Ford's gasoline powered engine.  In the early 1900's the electric car actually became quite popular, but as we all know it was the gasoline driven car that ended up dominating for most of the century.  Out on the Sullivan Studios backlot was a car (above) that looks similar in size to what Ford would have driven.  On closer inspection the vehicle above is just a horse cart as it lacks any steering wheel or motor.  Ford's early vehicles were often advertised as horseless carriages.  Good work Murdoch! 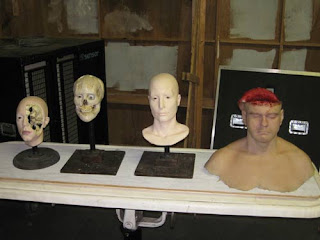 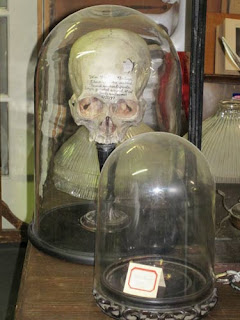 As we entered the studios we were greeted by various prop heads and skulls.  Since each episode tends to involve detective Murdoch solving a murder, these had all appeared on the show at one time or another, most likely on Dr. Ogden's table. 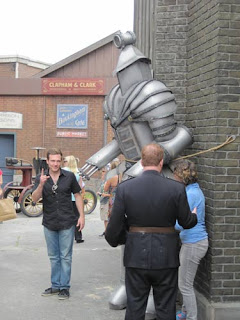 Soon we were outside on the backlot.  The season two episode called "I Murdoch" featured a giant robot.  Constable Higgins and another constable were posing for photos with the robot and entertaining fans of the show.  We also find it interesting that the role of Higgins is played by an actor named Lachlan Murdoch. 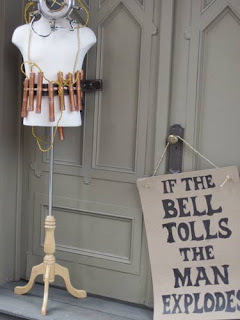 We walked around the backlot and encountered a few other props.  The episode "Blast of Silence" from season seven featured a man stuck on a pole wearing a sign that read "If the bell tolls the man explodes".  The man had been strapped with a bomb that was sensitive to noise vibrations.  Despite Murdoch's efforts, a backfiring car did end up triggering the bomb. 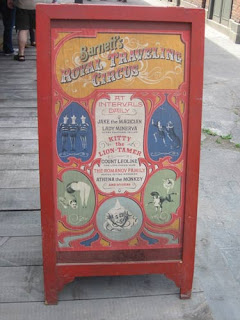 There was a sign advertising Barnett's Royal Travelling Circus.  The circus was featured in a season seven epsiode called "Blood & Circuses".  In this episode the tiger trainer named Kitty Walker is found dead and the entire circus is brought in for questioning.  Brackenreid befriends a circus monkey named Athena. 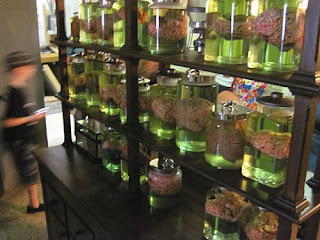 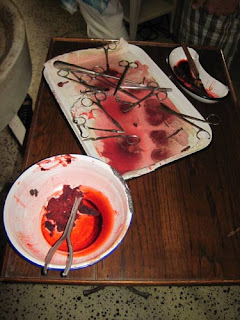 The props department is also responsible for everything you see inside Dr. Ogden's morgue set. This includes a wall of brains in jars or bloody tools. 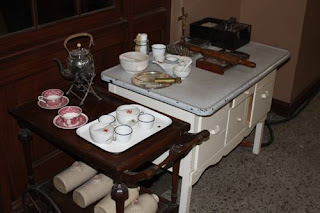 And tea service of course. 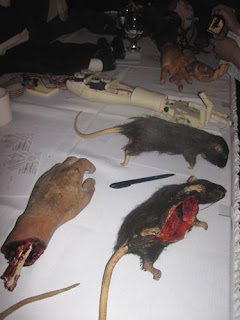 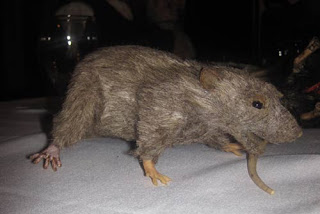 The next day at the Old Mill, Craig Grant explained how they work hard to be accurate to the time period of Murdoch Mysteries.  Toronto in the early 1900's would have had many rats.   On the table he had many prop rats both dissected and not.  There were also a few severed hands just for good measure. 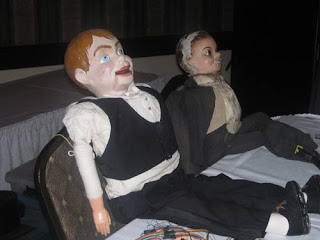 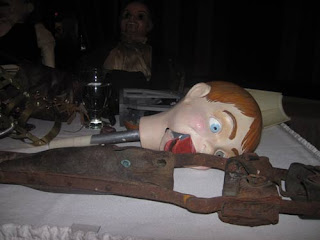 One popular prop was Mycroft the creepy ventriloquist dummy from the very first season of Murdoch Mysteries.  He appeared in the episode "Belly Speaker".  Craig explained how they found a real antique dummy and then used that to design Mycroft. 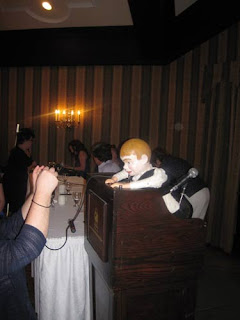 It was interesting to hear how the prop department designs the interesting items used on Murdoch Mysteries.  They try to keep things accurate to the period and also have to consider how they will come across on the television screen.  When it comes to Murdoch's gadgets they use modern techniques to create the illusion that his devices actually work using technology of the time.  The props department plays a big role in every episode of the show.  We were also impressed that a big CBC star like Mycroft stuck around after Craig's speech to spend time with his fans.