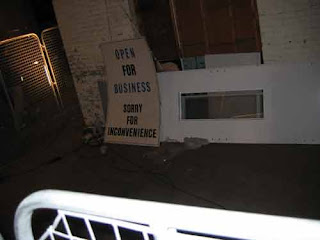 Nuit Blanche took over the streets of Toronto again this weekend.  During the event it is hard to tell what is art and what is not.  The "Open For Business" sign above could be art or just a clever sign that was discarded in the street.  We thought we would go back and revisit some of the exhibits from ten years ago when the all night arts festival was still in its infancy.  Here are a few highlights of what we experienced between dusk and dawn.

Euphemisms For The Intimate Enemy 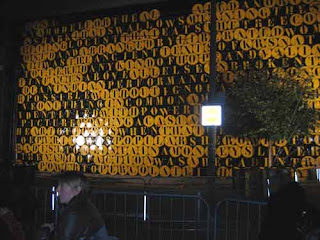 This exhibit is made up of 55-gallon drums with letters painted on their bottoms.  It was making some commentary on language that may become clear when the piece of art is explored more closely. 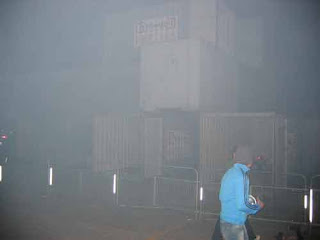 In a haze of fog some storage containers sit in the dark.  People gather around to see what is going on. 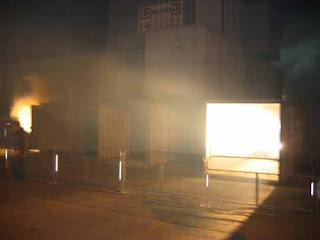 Then suddenly a glow of light emits from one of the containers and more smoke machine fog is released. 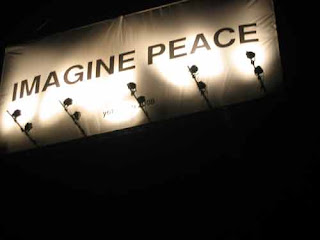 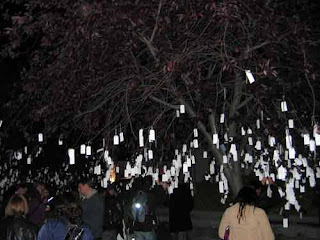 The exhibit includes a tree where guests can tie one of their wishes.  After the event the wishes were all said to be taken to the Imagine Peace tower in Iceland.  Who knows how many will come true? 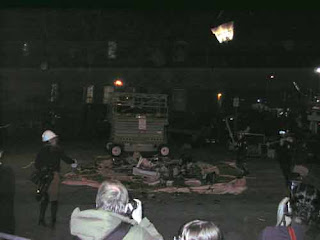 The next project was called SMASH!  The whole purpose was to get some stuff and then drop that stuff and watch it smash.  The pile of smashed stuff was growing as the night crept on.  3...2...1...Drop! 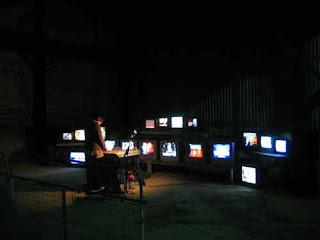 This project consisted of TVs all playing the menu screen of a different DVD.  The sound was all mixed together and would evolve and change as the menus loop through the night.  This exibit reminded us of a busy electronics department on a Saturday afternoon. 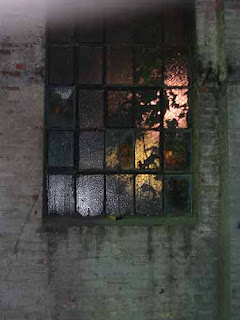 When we turned away from the television screens we liked the way the light was coming in through this window.  We left the wall of sound behind and ventured outside to see what was causing this glow. 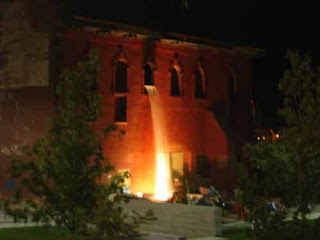 The glow appeared to be coming from this building which for tonight only included a waterfall coming out of an upper floor window.  This seemed like something we wouldn't mind seeing permanently.


This next piece was untitled and like most of the things listed here is open to interpretation.  On any given day you may be surprised but what you see walking around the city.  When Nuit Blanche is in town, surprise is always expected.