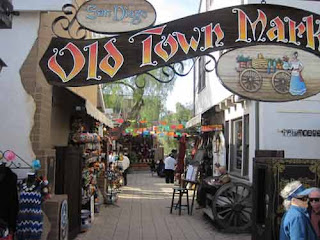 Old Town San Diego is said to be the birthplace of California.  Juan Rodriquez Cabrillo discovered the area in 1542.  In 1602 Sebastian Vizcaino named it San Deigo de Alcala.  The area became a bustling hub, military post and religious mission. 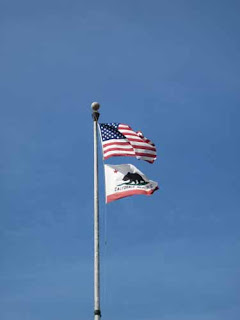 In 1846 the first American flag was raised in Old Town's plaza.  In 1968 Old Town became a State Historic Park.  In 2014 we made a visit to take in the history, sights and food that Old Town had to offer.  We entered the Old Town area through the market.  We would come back here later for some souvenirs. 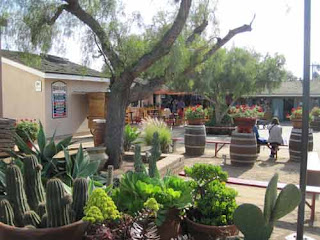 The first order of business was to get something to eat.  We had some churros from one of the food vendors.  After enjoying our deep fried treat we headed further into the town for some history. 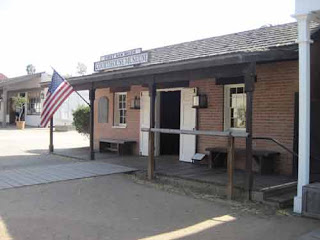 San Diego's first courthouse was built in 1847.  It is also the first brick building built by the Mormons after the war with Mexico.  At one point it served as the mayor's office. 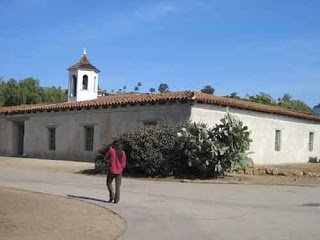 La Casa de Estudillo is an adobe mansion and was built in 1829.  Adobe means it was made from earth and other organic materials.   This building is located in the center of town and was the social and religious center during the Mexican Era.  The Mexican Era ended in 1846 when the United States declared war on Mexico. 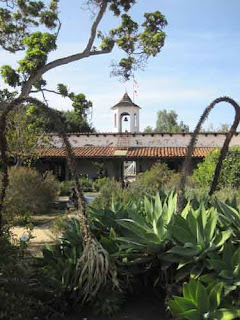 In the center of La Casa de Estudillo is a garden with many interesting plants and flowers growing. 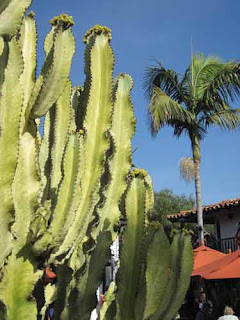 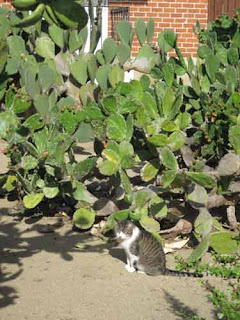 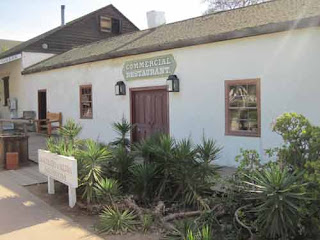 La Casa de Machado y Silvas was built in 1843 and used to be a restaurant.  This building is also said to be where the Silvas family hid the Mexican flag during the war in 1846. 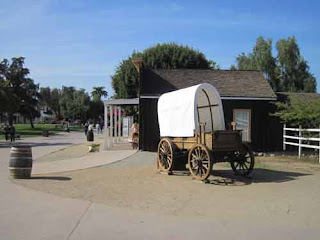 A covered wagon sits in the middle of the street.  This was the primary means of transportation for anyone who came to Old Town. 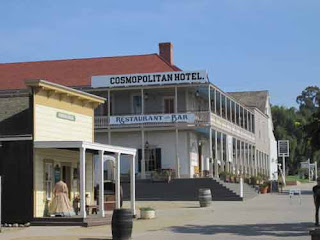 Across from the covered wagon was the Cosmopolitan Hotel.  Back in 1827 it used to be the home of Juan Bandini and later in 1869 a second floor was added and it opened as a hotel.  The hotel has undergone some renovations but still maintains some original features such as the floorboards.  We sat at a table over these floorboards as we enjoyed a meal in the hotel dining room.  A highlight was the deep fried brussel sprouts. 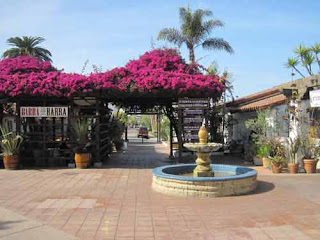 After lunch we enjoyed a walk and some shade down by Fiesta de Reyes which housed some other vendors.  It had a nice pineapple topped fountain out front. 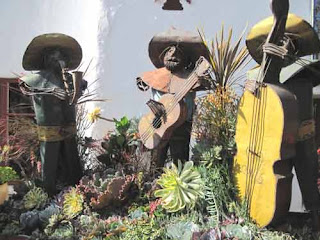 In the garden was a metal mariachi band.  Old Town plaza was a popular place for music, bullfights and other forms of entertainment. 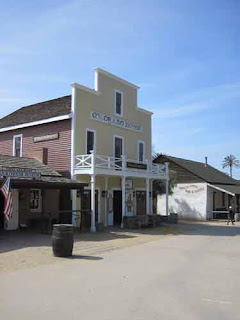 The Colorado Hotel is much smaller than the Cosmopolitan.  This is a reconstruction as we belive the original from 1851 was destroyed in a fire. 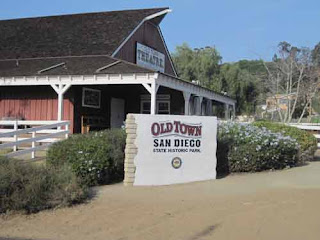 As we headed out of Old Town we passed a theatre.  It wanted to be like The Swan theatre in England so it was named after a young swan.  The Cygnet Theatre runs performances throughout the year. 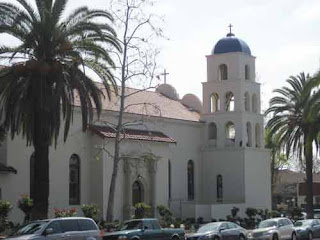 We headed back to our car and passed the Immaculate Conception Church.  This church was built in 1865 and was the first church in California built outside of the mission system.  Just outside of Old Town we purchased some souvenirs from one of the many shops.  There was so much on offer but we took a small vase as a memento.  The mixture of food, fun and history had made for a great day.