Something Smells At The Zoo 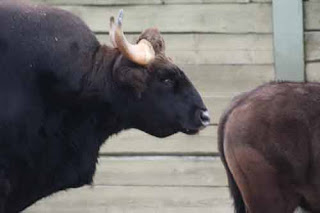 Many people head to the Toronto Zoo for the sights and sounds of the animals.  What is often unexpected is the smell. 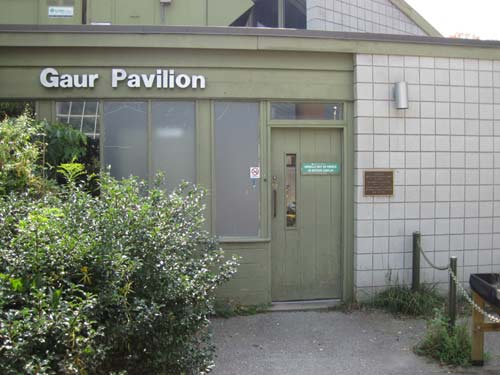 The former gaur exhibit wins top prize for the stinkiest exhibit.  Nothing like a small, closed house filled with the largest bovines in the world.  Many a visitor would open the door just to recoil from the wall of stench.  "Eeeewwww!!" cried the children. 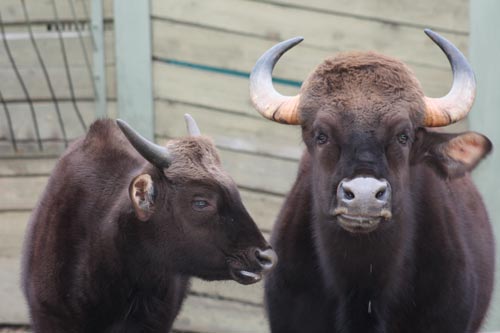 By the way it is pronounced "gow-er".  We always used to call them "gar" like in cigar. 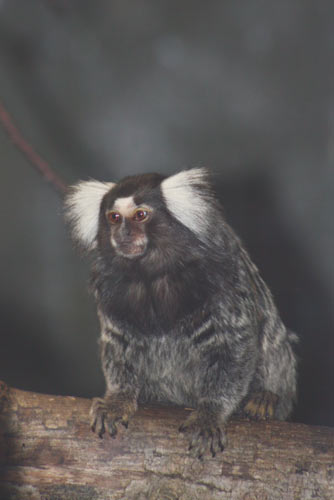 Other contenders for worst smell are the marmosets.  In the Americas Pavilion you can find a group of these tiny primates.  While you might share your exhibit with sloth, saki, and double-striped thicknee, when it comes to smell we are looking at you common marmosets.  What gives these little guys such a big smell anyway? 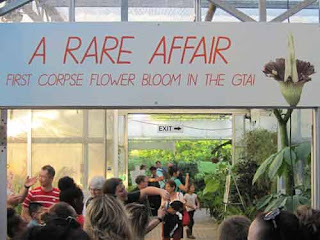 We visited the zoo recently for a special olfactory reason.  A titan arum or corpse flower was in bloom.  This flower may bloom for anywhere from 8 to 36 hours.  We had seen these plants before in Niagara Falls. 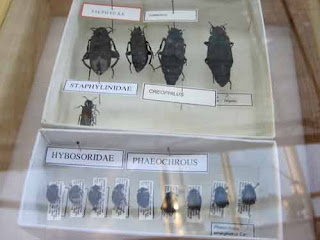 When a titan arum is in bloom it smells much like a rotting corpse.  This helps attract the bugs that help it pollinate.  The zoo had some of these beetles out on display.  We were also attracted to seeing the corpse flower in bloom.  Finally, Thursday evening the bloom was on.  We were not able to visit until Friday night.  Good thing we did as by Saturday the show was over.  The zoo extended its hours for those wishing to see and of course smell the plant. 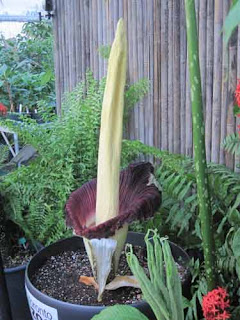 We lined up and moved slowly forward until we entered the greenhouse where the plant was on display.  Suddenly there it was.  We didn't even smell it coming. 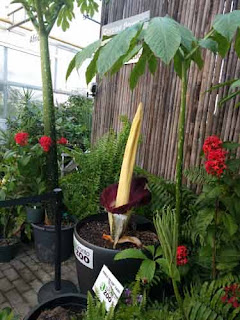 The titan arum plant usually looks like the tall green plant on the left.  Once every 4 or 5 years it produces a flower.  The flower at the Toronto Zoo grew to be almost 43 inches tall.  It was named Pablo “Pe-ew” Caso. 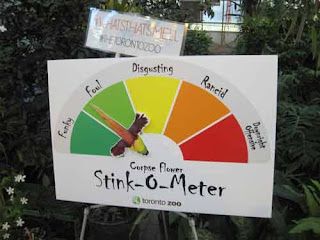 When it was our turn the staff was letting us get right up close to really get the scent.  We leaned in and took a long breath in through our noses.  Not much.  Just a faint unpleasantness.  A staff member we chatted with told us that first thing in the morning it had been downright offensive.  With the greenhouse door open to visitors all day and the bloom fading, the smell had dwindled. 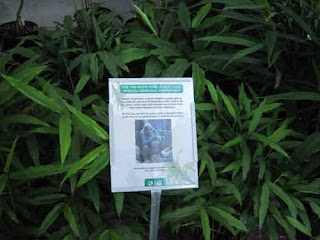 In the African Pavilion the gorillas sometimes have a strong scent coming from their exhibit.  It is probably just Charles letting us know that this is his domain.  After over 40 years at the zoo Charles, we know you are large and in charge.  The zoo had grains of paradise growing in the greenhouse.  The plant acts as an antibiotic and anti-inflammatory for the gorillas. 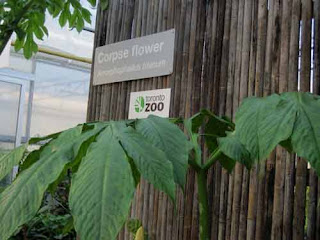 A hockey bag mid season?  A dead mouse under your porch in the summer?  The gaur pavillion?  Maybe if we had been there when it first bloomed the titan arum may have been the strongest smell at the zoo.  We still give our vote to the gaur, but we have got our noses on you too little marmosets.
Map of Our World