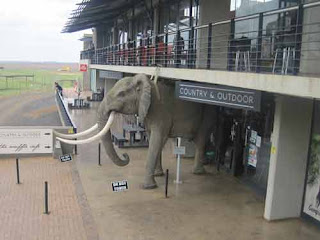 We left Johannesburg and we were headed towards Kruger National Park.  We were still more than half way to our destination when our tour group stopped for refuelling at Alzu Petroport.  So far we had not seen any large mammals on our trip and did not expect to see any until we were closer to the Kruger boundary.  What awaited for us at the rest stop was very unexpected. 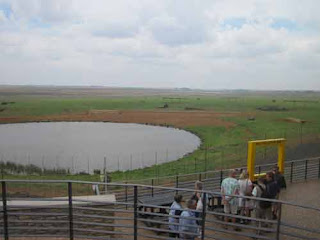 Behind the rest stop was a large watering hole surrounded by animals. 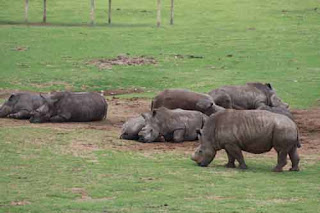 The closest animals to us was a group of southern white rhinoceros.  Sadly all of these rhinos had been dehorned due to the poaching threat.  Don't worry the horns will grow back in a few years. 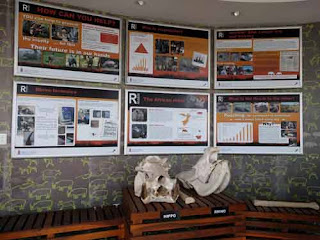 The Petroport has a small museum set up explaining the plight of the rhino.  In the photo above there is a hippo skull on the left and a rhino skull on the right. 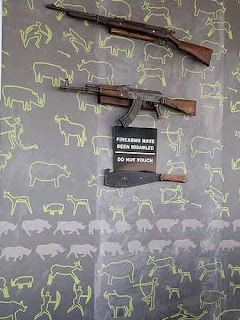 Rhinos are hunted mainly for their horns.  The horns are made of keratin like our toes and fingernails.  Killing a rhino for their horn is like killing a person in order to clip their toenails. 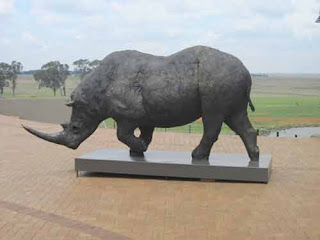 The Petroport also has a lot of artwork around the grounds.  There was a large rhinoceros sculpture outside. 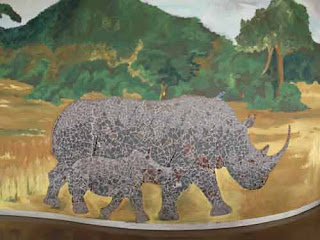 On our way to the washrooms there was a beautiful rhino mosaic on the wall.  This mosaic was sponsored by Nando's which was one of the restaurants in the Petroport. 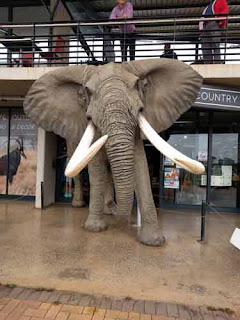 After visiting the facilities we came outside again onto a balcony.  Below us was a charging elephant bursting forth from the gift shop.  From the balcony we could get a better view of the animals. 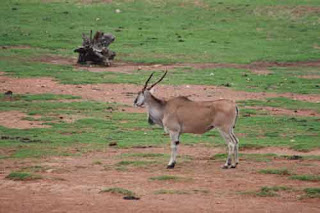 We could see cape buffalo as well as a group of eland (above). 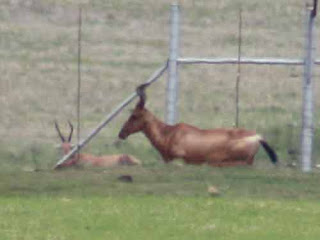 Far back along the fence was a group of antelope called red hartebeest. 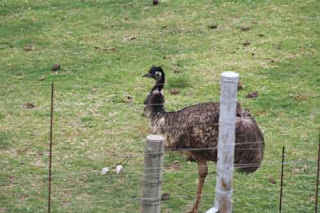 For some reason there was an emu.  Emu are native to Australia.  Emu are the second largest bird in the world after the African ostrich. 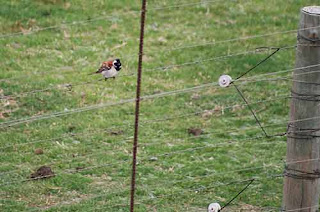 We also saw a few smaller birds like this cape sparrow which flew onto the fence. 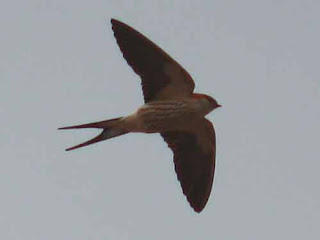 Greater striped swallow swirled around above our heads. 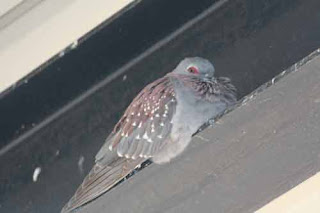 As our tour group prepared to depart we had to leave these animals and the very entertaining Petroport behind.   We spotted a triangular spotted pigeon up in the rafters as we left the balcony.  Soon we would be spotting wildlife in the Greater Kruger area.  We never did see any wild rhinos, but hope that there will still be some to see when we have a chance to return. 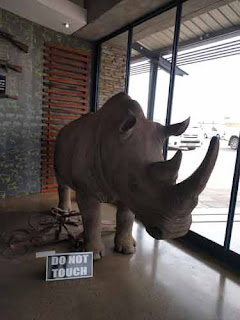