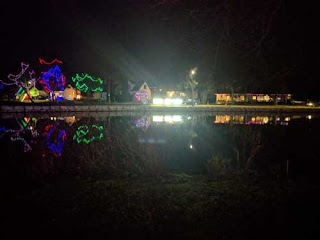 About 60 years ago the town of Simcoe had a Santa Claus Parade which was rained out.  The organizers left the parade floats in the park.  The following year they decided that instead of the parade, they would leave the floats in the park for everyone to come and see them over the holiday season. 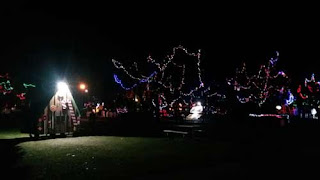 Through the years the event has grown.  Now each December the whole park is covered in lights and filled with displays. 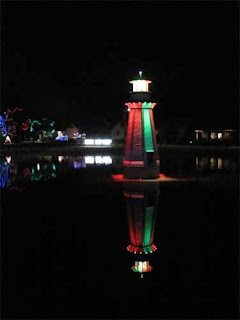 Wellington Park has a small river that runs through it so the lights surround the river's edge.  There is even a small Christmas coloured lighthouse on the bend. 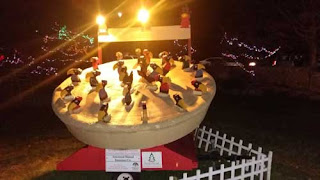 Some of the floats featured rhymes such as "4 and 20 Blackbirds". 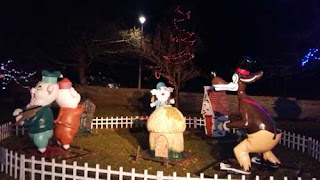 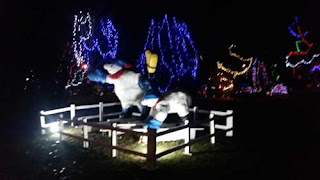 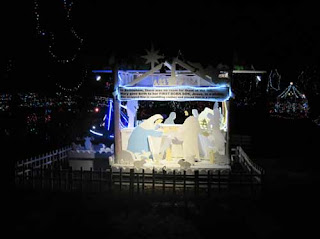 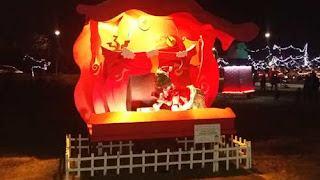 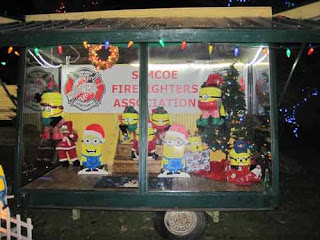 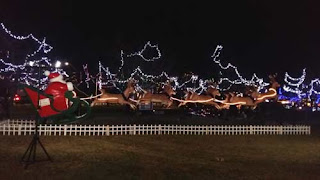 Santa Claus was everywhere around the park.  Santa was flying by in his sleigh pulled by his reindeer. 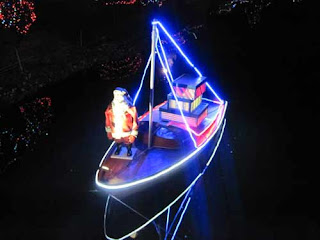 Santa was out on a boat in the river. 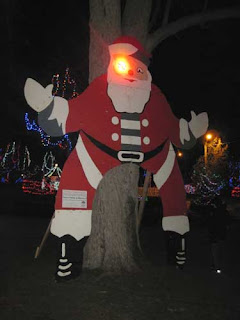 There was a glowing red eye Terminator Santa. 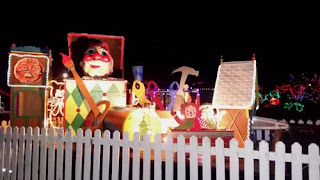 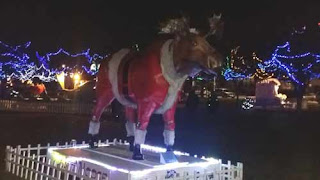 There was a Santa-In-The-Box on a float full of toys and a moose dressed in a Santa outfit. 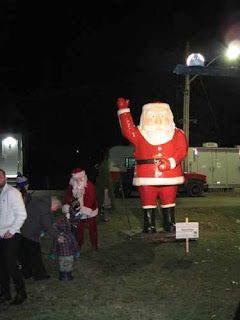 Even the real Santa was there greeting children next to a giant Santa statue.  Ho! Ho! Ho! 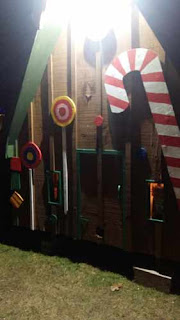 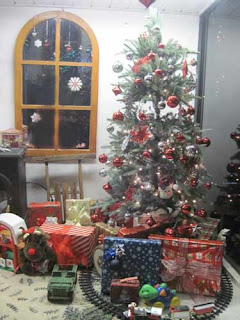 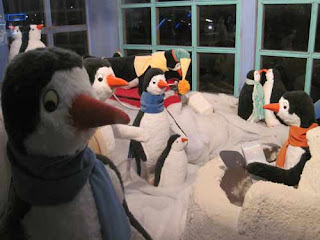 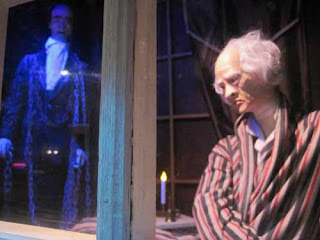 Around the park were little houses that you could look inside.  They were filled with candy, penguins, Christmas trees or even an old man in his pyjamas (aka Ebeneezer Scrooge). 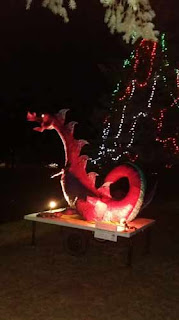 Across the road from the park were a few other creatures like this dragon (above). 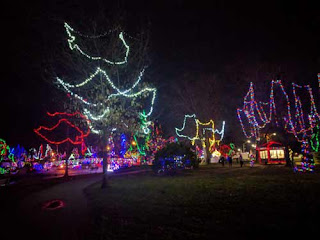 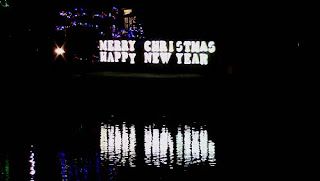 We appreciated all the work that went into setting up this display and see why many people make it a holiday tradition to give Simcoe a visit.  On a cold night walking around in the park, we also appreciated the booth selling hot beverages.  Soon we left the coloured lights behind and went off to enjoy the warmth of our nearby bed and breakfast accomodations.
Map of Our World