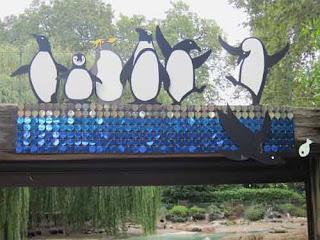 The penguins at the London Zoo were faced with a problem in 2004.  They could no longer stay in their old penguin pool and as a result needed a new home.  They were housed in many places including the sister zoo, Whipsnade Zoo.  Finally in 2011 Penguin Beach opened. 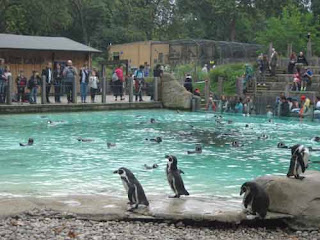 The penguins now reside in the biggest penguin pool in England.  The pool holds 450,000 litres of water. 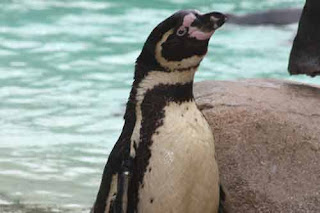 The exhibit is filled with a colony of Humboldt penguins.  Humboldt penguins are found in South America along the coasts of Chile and Peru.  One distinguishing feature to tell them apart from other penguin species is the pinky area between their beak and their eye. 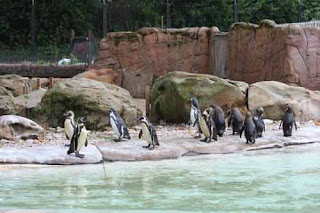 There is a large group of penguins living at Penguin Beach. 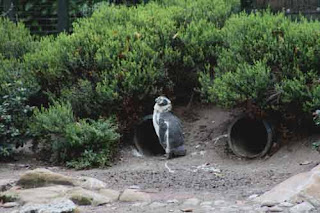 At one end of the enclosure were many nests where breeding pairs of penguins can do their part to further increase the population.  Humboldt penguins usually lay up to three eggs twice a year. 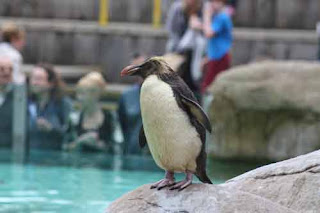 One lonely bachelor was Ricky the rockhopper penguin.  He can be recognized by the long yellow feathers on his head.  Ricky was the only non-Humboldt penguin in the pool and seemed to really like attention.  He was there when we visited in 2015 but he has since moved to Whipsnade Zoo to join a group of other rockhoppers.  We will see if his personality can still stand out surrounded by similar penguins. 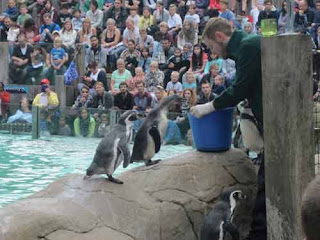 Feeding time at Penguin Beach draws quite a crowd.  The penguins line up to be fed fish from a bucket or fight for the fish thrown into the pool. 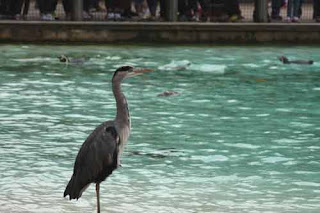 As well as other penguins competing for food, the penguins have to look out for local intruders.  Seagulls swoop down at the pool to try and get some fish scraps.  A grey heron stood motionless waiting for its chance to do the same.  We saw grey herons stealing food from a group of Asian small-clawed otters later in the day. 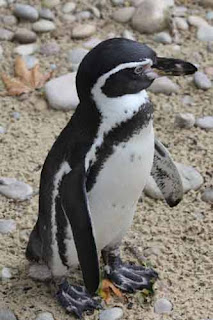 Penguins are always entertaining.  We could watch them walk around and swim all day.  Penguin Beach is a great place to do just that.
Map of Our World