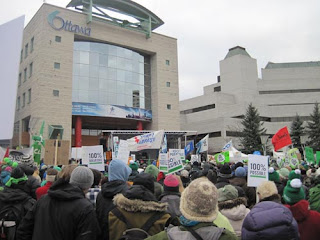 In the early morning of Sunday, November 29th, we loaded onto a bus and headed for Ottawa.  We arrived just as the event was about to start.  We were there for the 100 % Possible Rally.  The purpose of the rally was to convince the government to move toward 100 per cent renewable energy by the year 2050.  There were rallies held all across Canada and around the world. 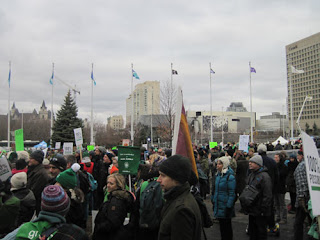 The crowds grew larger and then onto the stage came Aboriginal elders who wanted a better world for their grandchildren.  Other speakers took to the stage as well as environmental activist  David Suzuki, best known for his television show The Nature of Things. 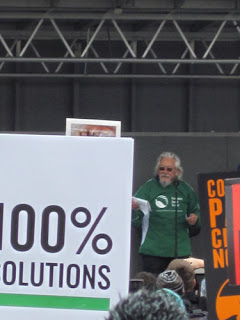 David declared now let's get the hell on the road and march! 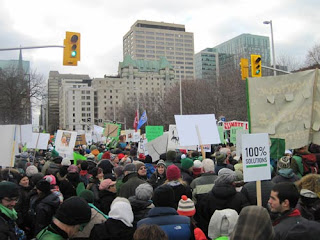 The crowd headed off and the march wound through the streets of Canada's capital.  Various chants could be heard from the different groups marching.  "Hey hey, ho ho, the tar sands machine has got to go!"  and "This is what democracy looks like!" 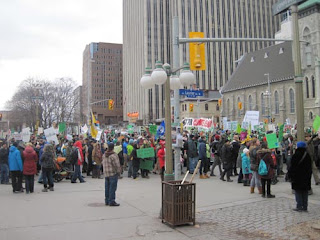 We turned off of Laurier Avenue West onto Elgin Street. 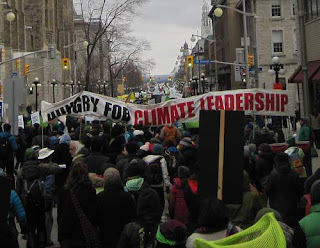 We marched up the street near Byward Market. 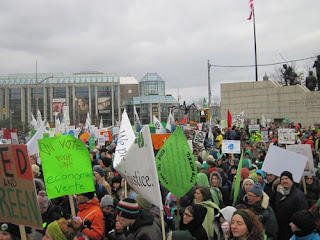 We marched past the National Gallery Of Canada.

Eventually everyone ended up in front of the Parliament buildings.  This time youth speakers took the stage and encouraged everyone to make changes to keep the world clean for generations to come. 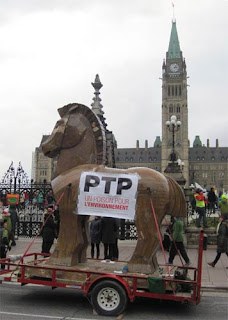 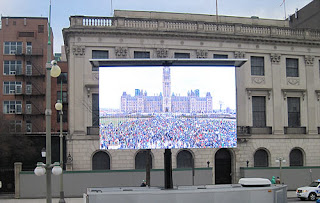 Next the crowd held white paper above their heads to form a giant 100 % sign on the lawn in front of parliament.  We helped form part of the giant number one.  We hope that each person will come together and do their small part for the good of our planet.