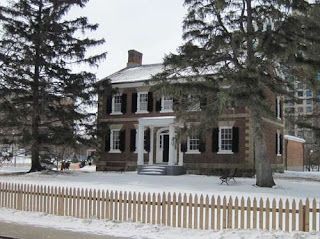 David Gibson was a farmer and a public land surveyor.  He was also involved in local politics.  He was a leader of the Rebellion in 1837.  As a result of his involvement in the Rebellion he was exiled to the United States for ten years.  When he and his wife Eliza returned they built this home in 1851 and both became active and respected members of their community.  They raised their seven children here. 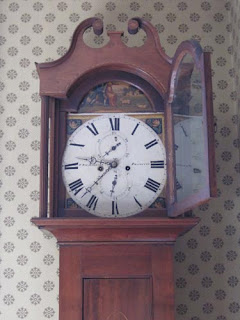 Since 1970 the house has been used as a museum.  It gives visitors a glimpse of what it was like to live during this time period.  We have visited the museum twice to enjoy their Valentine's Day Sweetheart Tea.  The tea includes a selection of scones, sweets and sandwiches.  We even had carrot jam, which went quite nicely with a well buttered scone. 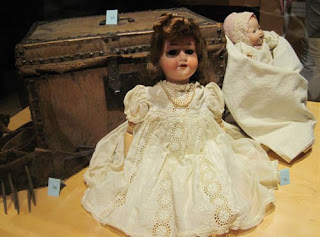 As we entered the museum they had some artifacts on display.  The 20th century dolls above were leaning on a small fur covered trunk.  The Kodak film tank below was designed for developing film without a darkroom.  It was produced from 1907 until 1922. 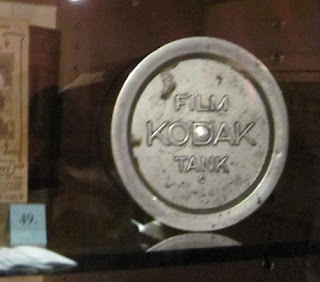 Our scones and tea were prepared in the kitchen of the home.  There is a fireplace and an oven that also serve double duty of keeping the building warm.  Looking at the back of the building you can see where the oven protrudes. 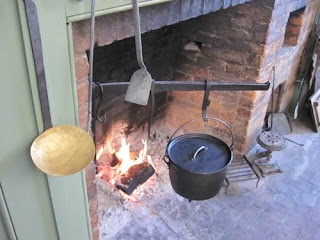 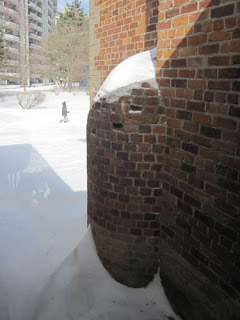 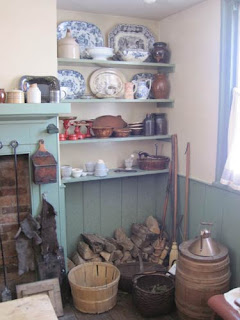 After our tea was completed we were free to wander around the house and see the different rooms. 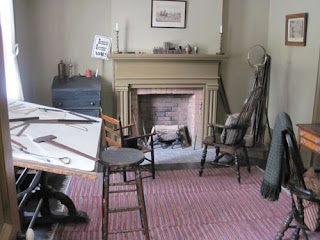 There was the drawing room on the ground floor and the other rooms were located upstairs on the second level. With seven children there would have been at least two to a bed.  The girls room had a few dolls for playtime.  The boys room had a stick on the bed.  This was not a toy or for discipline, but in order to straighten out the thatch bed after a night's sleep. 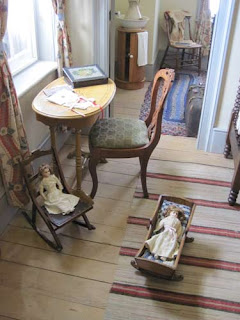 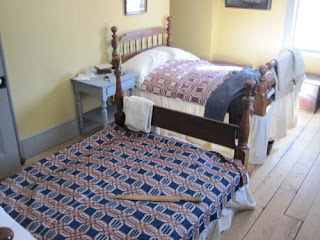 The front room was the bedroom of David and Eliza Gibson.  This room was extra special and is the only one with wallpaper.  It had an interesting pipe for heating the room.  It is called a dumb stove and would have drawn heat up from downstairs and then effectively radiated the heat out of the round section in the pipe. 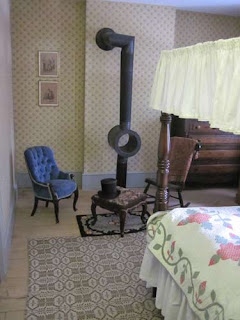 Next to the master bedroom was the sewing room.  The Gibsons would have hired someone to make clothes for the entire family as well as perform any necessary mending. 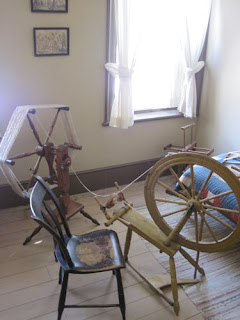 Next to the sewing room was a guest room.  At the opposite end of the house was a room where the man who tended to the farm would sleep.  Most farm hands would spend their nights sleeping in the barn.  In the Gibson house the room might have bare floors and a low ceiling but was luxury compared to sharing a barn with the livestock.  In the corner of the room were some of the tools that would have been used for the farming duties. 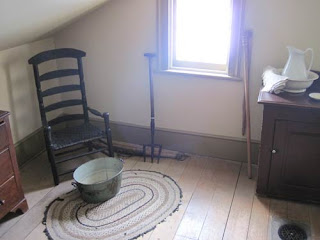 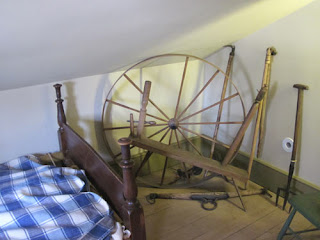 Another set of stairs led us back down to the kitchen again.  Some other guests were still enjoying their tea in the parlour room.  We walked back through the kitchen and then exited from the main museum entrance.  We took a look up at all the condo towers hiding the Gibson house from Yonge Street and imagined what it would have been like 150 years ago when the Gibson house was most likely the tallest and possibly only building for miles in any direction. 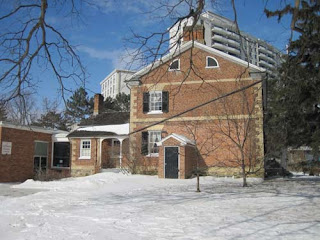 This location is near North York Centre subway. Visit other Toronto TTC stations.