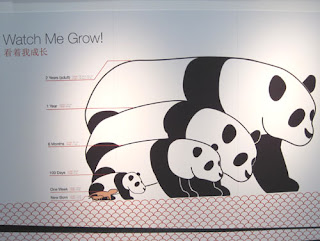 Lions and rhinos and bears!  Oh My!  The Toronto Zoo is currently in the middle of a baby boom.  During our latest visit to the zoo we were able to visit their eight newest arrivals.  There are 4 white lion cubs, 1 polar bear, 1 Indian rhino calf and 2 giant panda cubs all now on display for public viewing. 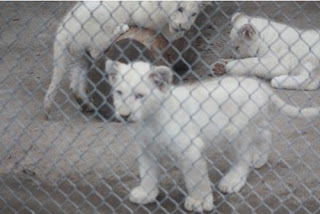 The first to arrive were the four white lion cubs.  They were born in September 2015 and are all males. 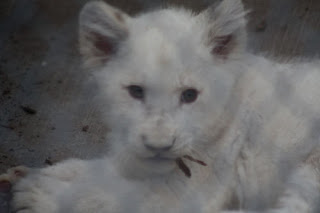 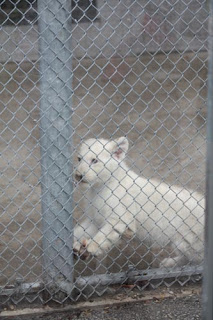 White lions have a gene mutation that causes them to have lighter hair, but they are not albinos.  The four cubs at the zoo are named Gus, Hank, Harrison and Oliver. 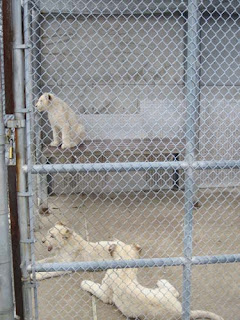 Like most wild animals they are growing rapidly and it will not be long until these babies are as big as their parents. 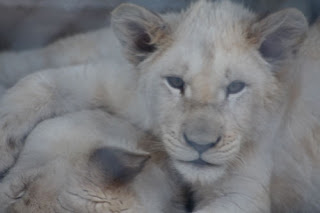 Below is a video of the boys playing and Mom keeping control while she still can. 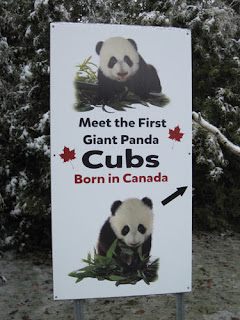 On October 13, 2015 the Toronto Zoo welcomed the first giant panda cubs to ever be born in Canada.  There was one boy and one girl.  They were kept under special watch and 24 hour care as they grew bigger and bigger.  The public was waiting patiently and finally in March 2016 the panda babies were named and we were given a chance to see them in their nursery. 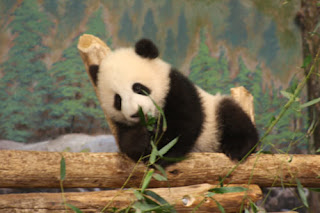 The male panda is named Jia Panpan which means Canadian hope.  He has round black fur around his eyes. 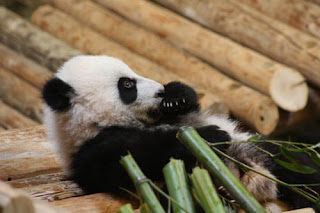 The female panda is named Jia Yueyue which means Canadian joy.  She has black fur that points like a diamond towards her eyes. 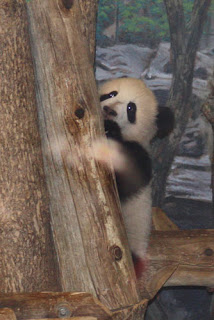 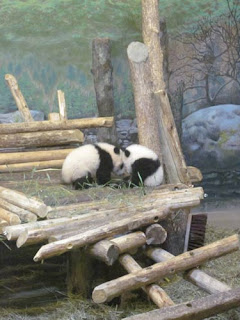 While we were visiting, Jia Yueyue was asleep in a fenced off area.  It wasn't long until she woke up again.  This area might have contained her when she was a bit smaller, but now she was able to make her escape. 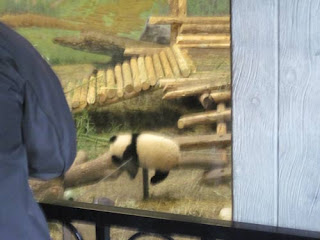 Below is a video of the panda babies being fed, exploring their enclosure and playing together. 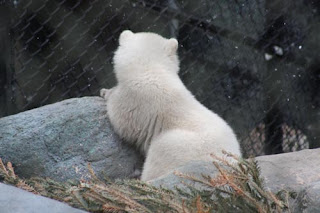 On November 11, 2015 a little baby girl polar bear was born.  Her name is Juno and she has even been adopted into the Canadian Army and given the rank of private.  The Toronto Zoo has had polar bear babies before such as Humphrey and Hudson, but this is the first female that we can recall. 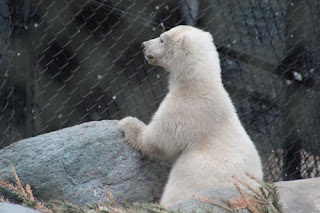 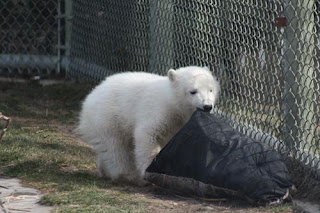 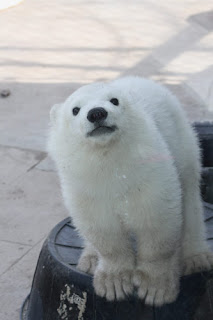 There is something about her face and behaviour which makes it easy to determine that she is a girl.  We have seen her both outside as well as inside her little house playing with her toys. 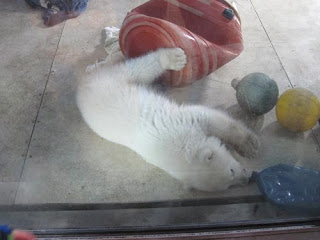 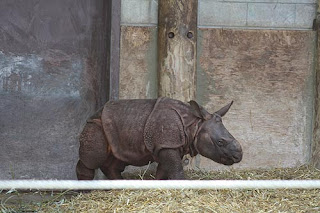 The last to arrive was a baby Indian rhino.  He was born in February 2016 and when we visited him he was only five weeks old. 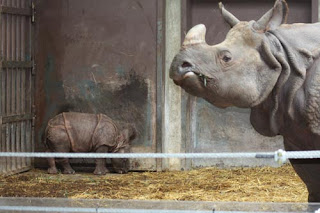 He looked so small and fragile compared to his mother, but if he charged at you be sure to get out of the way as he already weighs over 200 pounds. 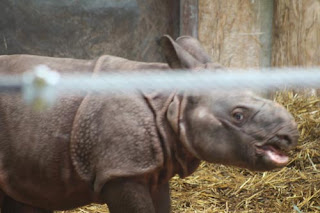 At the time of our visit the rhino baby did not yet have a name.  Another thing it does not yet have is its horn.  A baby rhino is born without a horn, but it starts to grow right away.  That is one more thing for Mom to be thankful for as she nurses and cares for her baby.. 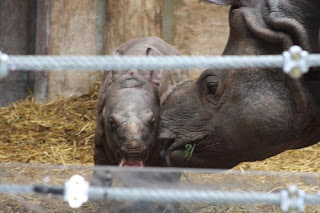