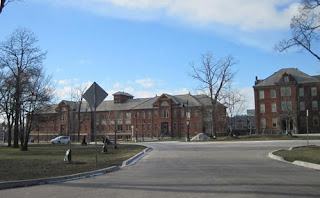 As you approach the Lakeshore Campus of Humber College it might seem very familiar.  That would be because you have seen this location many times in the Police Academy movies.  You remember it from the original film as well as Police Academy 3: Back In Training and Police Academy 4: Citizens On Patrol.  You don't recall it from Police Academy's 2, 5, 6 or 7 because those movies were filmed in Los Angeles, Miami and Moscow. 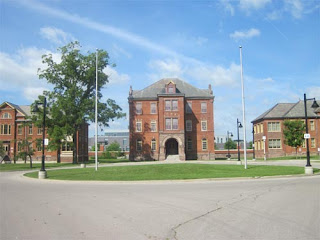 The roundabout in front of the main bulding is where most of the main cast comes together for the first time.  This is where Mahoney (Steve Guttenberg) and Jones (Michael Winslow) arrive at the academy.  Mahoney is wearing a "One in the Oven" t-shirt and Jones is blasting Frankie Goes To Hollywood on his boom box.  Cadet Martin shows up with a car full of girlfriends and Tackleberry (David Graf) pulls up in his jeep ready for action.  Cadet Fackler shows up at the academy with his wife clinging to the hood of the car.  That is until he stops. 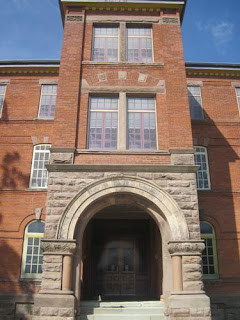 Up in the main tower is Commandant Lassard's (George Gaines) office.  He watches the new recruits arrive with Lieutenant Harris (G.W. Bailey) and the Chief of Police.  This is also where Mahoney waves to Cadet Thompson (Kim Cattral) from the lower office. 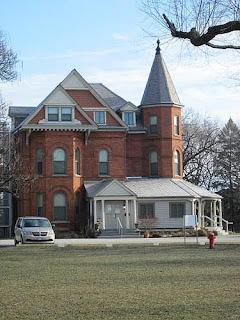 The house next to the Humber College buildings is Cumberland House.  In the first Police Academy movie, Mahoney is told that this house is where the Commandant and his wife live.  He sends Cadet Barbara over to the house and tells him to say that "Mahoney sent you".  Mahoney does this in hopes that it will get him kicked out of the academy. 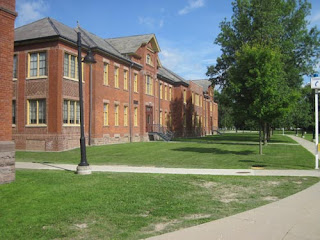 In Polce Academy 3 a rich recruit mistakes Hightower (Bubba Smith) for a porter and asks him for help with his bags.  Hightower is more than happy to help and delivers the luggage through the air to somewhere inside the building above. 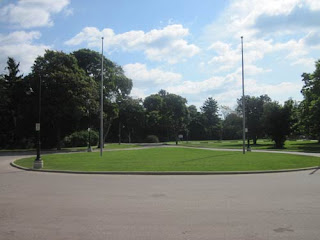 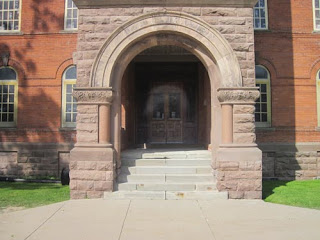 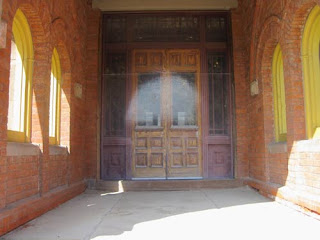 Commandant Lassard announces the new COP (Citizen's On Patrol) in front of the main doors.  Sharon Stone plays a role in the movie as a reporter and Mahoney is quick to offer to field any questions that she may have. When we arrived at the campus, the building was sealed off and a pretend door had been painted over where the real door used to be. 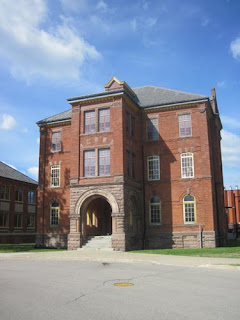 It was fun to visit where the Police Academy movies started and where they returned again and again to bring integrity, knowledge, courage and comedy.