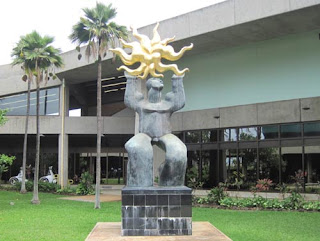 Maui is one of our favourite places in the world.  When your vacation is over and you are reluctantly departing from the Kahului Airport you can see a statue of Maui.  It is located in a small garden area just before the security check.  In Hawaiian mythology, Maui is a powerful man who is responsible for you throughly enjoying your vacation. 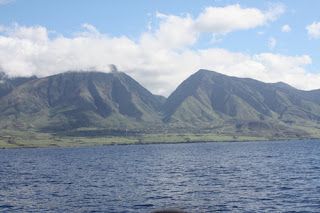 There are many myths involving Maui, but here are two of the most popular.  The first myth has to do with the creation of the Hawaiian islands.  It is said that Maui used a special fish hook and caught the bottom of the ocean floor.  He then told his brothers to row their boat with all their might.  They rowed and rowed as hard as they could.  Behind them an island rose out of the ocean.  Maui did this several times to create the Hawaiian island chain. 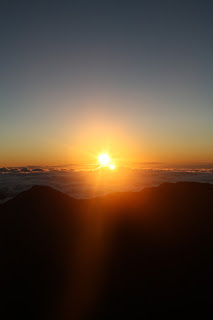 Maui is also said to be responsible for the sun moving so slowly across the Hawaiian sky. His mother complained to Maui that she was unable to get anything to dry as the days were too short. Maui climbed up Haleakala which is a dormant volcano that rises 10000 feet at its peak.  As the sun appeared over the clouds Maui lassoed the sun and captured it.  We also went to the top of Haleakala and captured the sun, but only with our cameras. 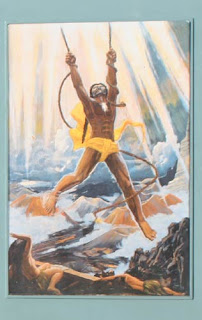 The sign as you enter Haleakala National Park shows Maui with the sun in his grasp.  In order to be released again, the sun agreed to shine longer over the Hawaiian islands each day.  The statue at the airport is called Maui Releasing The Sun and depicts Maui letting the sun return to the sky. 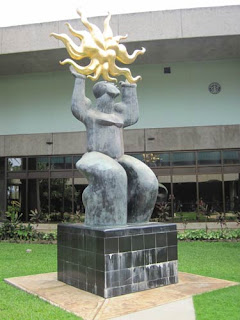 So as the sun sets out over the edge of the Pacific Ocean and you settle back in your chair lulled by the sound of the crashing waves you should be thankful for another beautiful day in Hawaii.  Whether it be because of the man or the island, you owe it all to Maui. 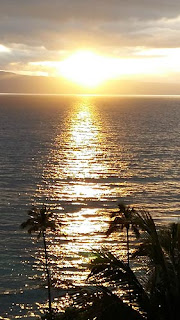