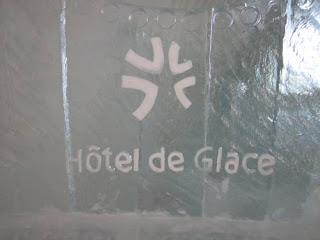 The Hotel de Glace or The Ice Hotel is located just north of Quebec City.  It is built out of snow and ice each December and guests can start spending the night in January.  The hotel continues to be built and by February it is complete.  Then come April it is demolished before it melts away.  The next December the whole process starts again. 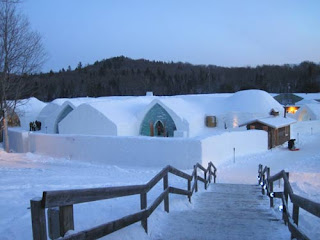 We were brave enough to spend one night inside the hotel, but most visitors come just for a brief daytime visit to see the ice sculpted rooms.  We will discuss our overnight stay in another blog post.  First let us take a tour of how the hotel looked in 2010. 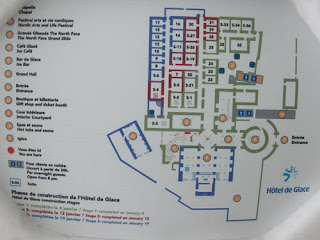 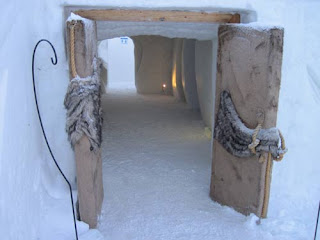 We entered through the fur covered front doors. 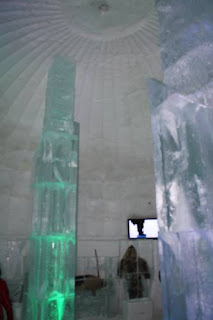 The first room we entered was the Igloo Room.  It had a tall curved ceiling. 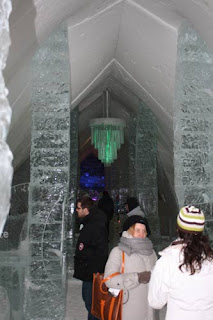 An ice chandelier hung from the ceiling as tourists roamed the Grand Hall area. 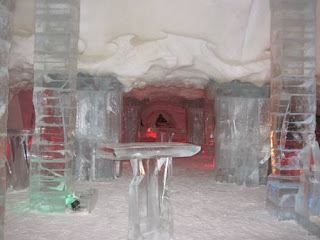 The Ice Bar had tables made of ice and huge ice pillars holding back the thick snow roof. 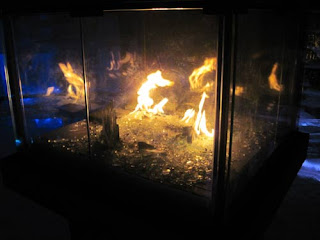 It also had a fireplace to help you forget that it was -30 degrees outside and below freezing inside. 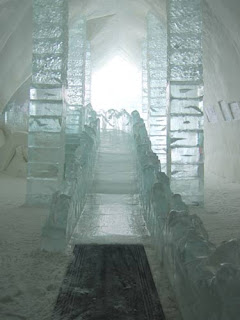 A slippery ice slide was set up in a corner and grown-ups took turns acting like children as they played in the snow. 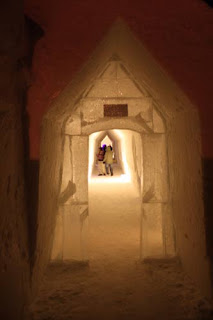 A long hallway of snow and ice leads to the special hotel rooms.  We spent our night in a basic room, but the special rooms are a highlight of the hotel.  Each room has its own theme. 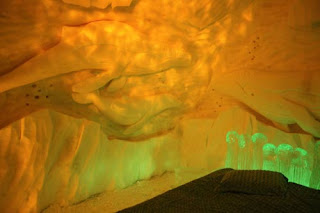 There was an ocean room with whales carved into the walls. 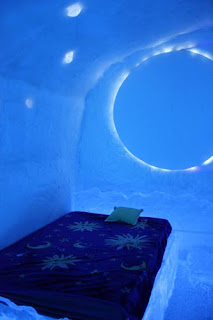 An eclipse room where it looked like you could reach out and touch the sky. 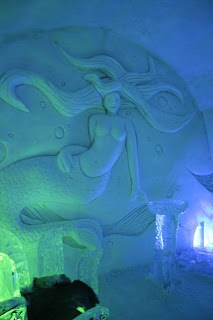 A room with a mermaid watching over you while you sleep. 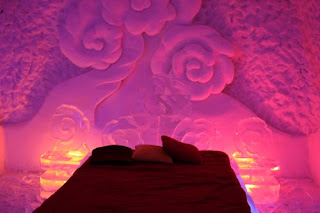 A rose room with a pink glow and flowers carved into the snow and ice. 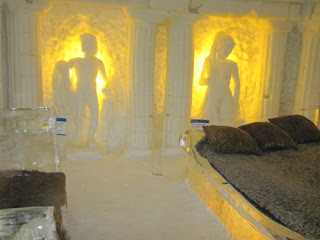 A Greek room complete with statues and pillars. 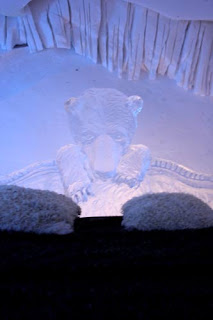 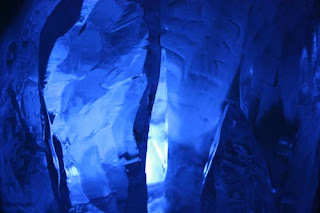 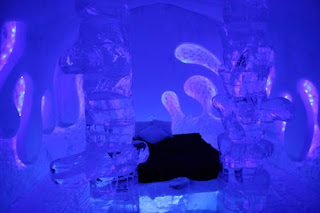 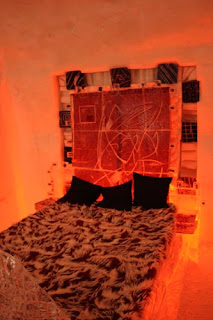 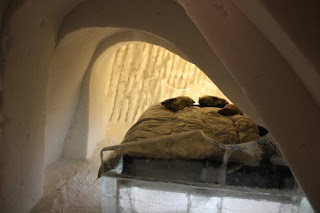 Above are some other highlights from the various rooms we visited. 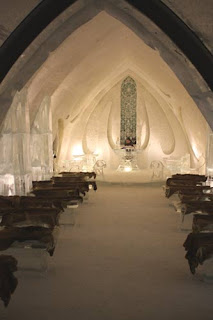 Just behind the hotel is the ice chapel.  There have been many visitors to the Hotel de Glace who have chosen a chilly start to their new life together.  Many weddings have been held here each year since the hotel first opened in 2001.  Each year the chapel melts away with the rest of the hotel and is reborn with a new look the next year. 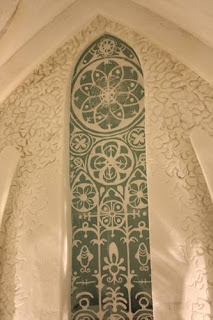 The chapel had a beautiful etched ice window at the back.  The entire Ice Hotel with its carvings and coloured lights is quite a sight to see.  Spending the night inside the hotel is a different story.  We will continue with that story in our next post.