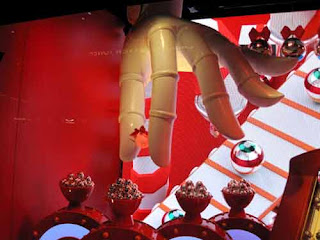 Every year Torontonians look forward to the unveiling of The Bay's Christmas windows on Queen Street.   For many years you could see a glimpse into Santa's workshop.  In 2016 the forest creatures took over.  This year marked the beginning of the rise of the machines.  As we do every year we went downtown to see what was being displayed. 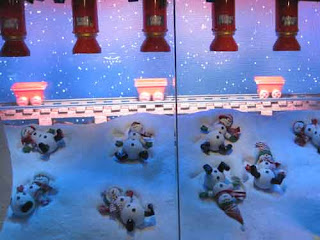 The first window showed a group of cute snowmen making snow angels.  As the snowmen waved about in a bed of snow, behind them we can see machinery leading to Santa's factory. 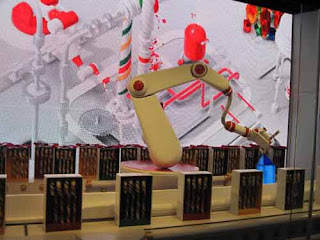 The next window showed a robot arm filling boxes with candy canes as they pass by on a conveyor belt. 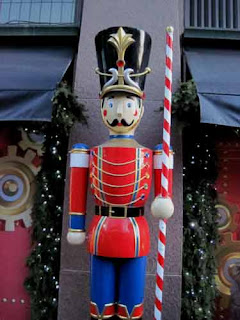 A toy soldier stood guard between the windows.  We moved past him to see what the next window had to offer. 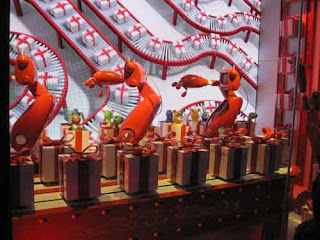 The next window had several robotic arms filling boxes with teddy bears and other toys.  Some of the boxed animals looked like part of the enchanted forest display from last year.  We hope they were off to be loved by some children.  One of the robots was giving a high five up against the window.  A child pushed the high five button and the robot turned and then stopped.  Ahh machinery!  Looks like time for a reboot. 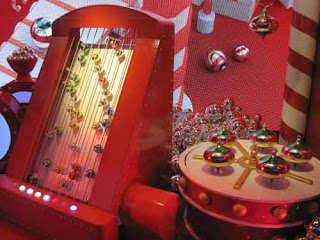 The next window had ornaments either being built or transported.  There were ornaments going every which way.  A giant hand (see photo at top of post) had grabbed one of the ornaments between its fingers. 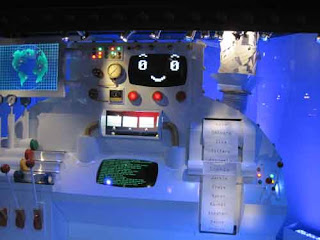 The last window featured a computer that was scrolling through names.  Even Santa has embraced technology to get things done faster.  The computer appeared to be checking who was naughty and who was nice. 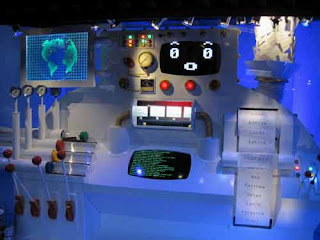 By the look on its face we think the computer found a naughty one! 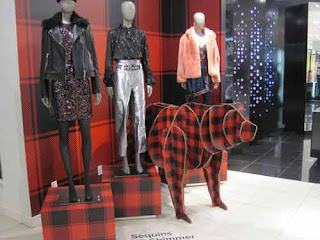 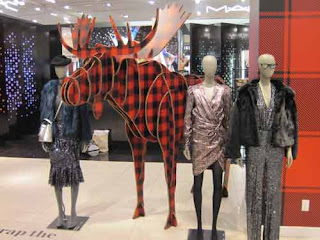 For those of you who prefer your Christmas a little more warm and fuzzy, don't worry.  Just inside The Bay store we found a plaid bear and a plaid moose trying to blend in with the mannequins. 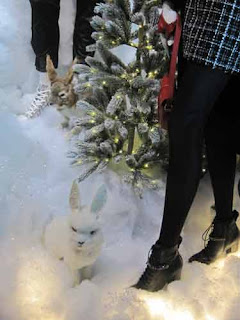 Around the corner of Yonge & Queen, Saks also had Christmas windows.  We found a few bunnies hiding in the snow. 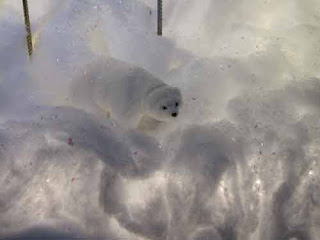 We also saw what looked like either a weird little polar bear or a very plump ermine.   While technology tries to take over Christmas, we are glad we found a few of nature's creatures to fill us with some Christmas joy.
This location is near Queen subway. Visit other Toronto TTC stations.