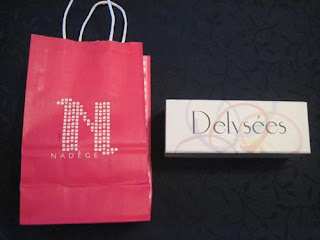 Near the end of 2015 we took a chocolate tour of Toronto.  We decided that we should return and determine who has the best macarons in the city.  Even if we couldn't find a clear winner we knew that it would be a very tasty experiment.  We purchased some macarons from Delysees and they came in a decorative box that closed with a magnetic lid.  We purchased some macarons from Nadege and they came in a small gift bag.  We took all of these macarons with us and prepared a blind taste test.  We also had a box of macarons from Costco which we added to the test. 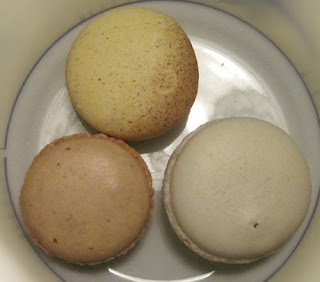 One of us closed their eyes while the other prepared three vanilla macarons on a plate.  The first one was instantly recognizable as the Costco macaron and clearly did not just come from a French bakery.  The second one was taller than the first and had a pleasing texture and taste as well a nice thick center.  The third one had a larger diameter than the previous two and was also a tasty delight. 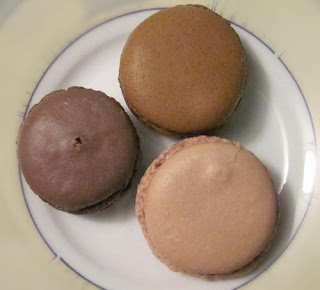 The process was repeated with a plate of chocolate macarons, but now the size and texture made it easy to determine which macarons belonged together.  The French bakery macarons also had now spoiled us from enjoying Costco macarons ever again.  In the chocolate taste test it was still the thicker, creamier macaron that won over our taste buds.
Which bakery was the winner?  It was Delysees that came out on top as we both chose it as our favourite.

You can read more about our chocolate tour here.