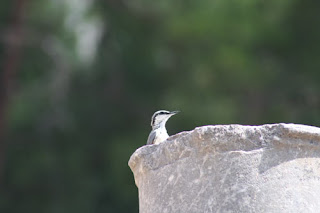 When we visited the sacred site of Delphi, Greece we noticed more than just ancient ruins.  Some little birds hopping amongst the rocks grabbed our attention.  These are the aptly named Western Rock Nuthatch and are found in rocky, mountainous areas throughout Greece. 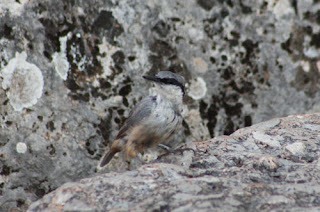 Their colouring often makes them difficult to see against the rock, but the fact that they are constantly on the move and constantly chirping makes it easier to spot them.  We took the video below of nuthatches singing while we tried to keep the camera on them as they bobbed about.


The rock nuthatch prefers being on the ground and spends its day looking for insects.  They build their nests in the crevices of the rocks and the nests are made mostly out of mud.  While our tour guide explained the history and significance of ancient Delphi, we found ourselves distracted by our small, feathered friends.  That is okay as the history will always be there for us to read about later, but we were enjoying the sights and sounds of the moment. 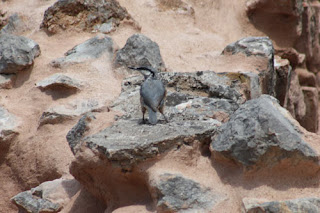