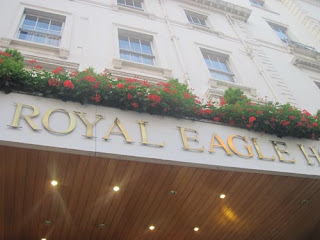 The original Trainspotting movie, about the lives of a group of heroin users, was released in February 1996.  A sequel is coming out in February 2017 which reunites the original cast 20 years later.  The movie itself is also set 20 years after the first so there was no need for a make-up team to age the actors.  Time had already done that for them.  When we were in London we visited the Royal Eagle Hotel which was the filming location for some of the final scenes from Trainspotting. 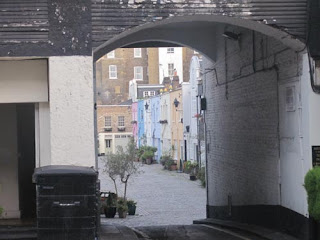 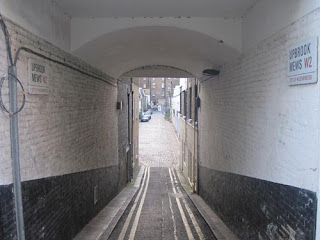 A mews is a row of stables.  This would be where the horses were kept, so it makes sense that there would be one next to a hotel.  Craven Road has a lot of mews and a few of them are pictured above.  None of the mews above appear in the movie and these days they would be filled with people, not horses. 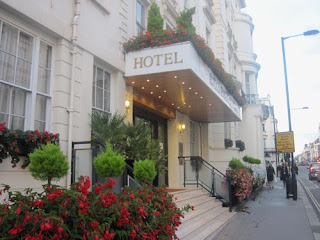 The reason we mention mews is because the scene in question opens with the group walking out of Smallbrook Mews, crossing Craven Road and heading into the Royal Eagle Hotel for a drug deal (above).   The group consists of Sick Boy (Jonny Lee Miller), Renton (Ewan McGregor), Spud (Ewen Bremner) and Begbie (Robert Carlyle).  The first three are all heroin addicts and Begbie is just a violent, troubled man. 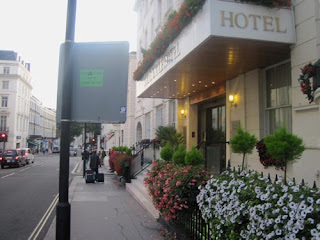 The deal goes well and the group now has a large bag of cash.  While the others are sleeping Renton steals the bag and heads out into the street.  He heads down to Gloucester Mews.  You can see the curved opening to the mews just past the man with the suitcases.  The Royal Eagle Hotel has also cleaned up a lot since 1996, perhaps due to all the Trainspotting fans spending the night. 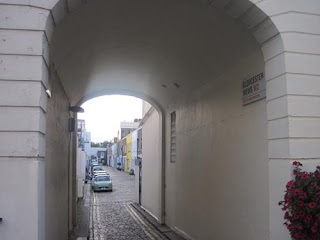 During this entire scene the soundtrack is playing Born Slippy by Underworld.  This is a great track on its own as it slowly builds up.  It works perfectly here.  Finally, Renton turns and enters Gloucester Mews. 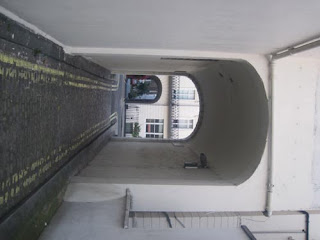 The camera is on an angle as Renton walks towards it.  You can see the opening to Smallbrook Mews across the street. The camera turns with Renton and flips to look down into the mews.  A lot of the walls have been repainted, but the black trim in the bottom of the picture (left side of the mews) matches with what we see in the film. 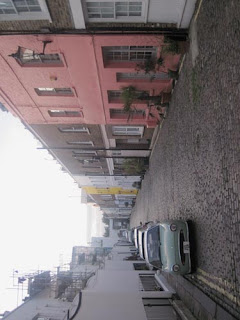 Renton has gotten away with it.  Begbie goes ballistic.