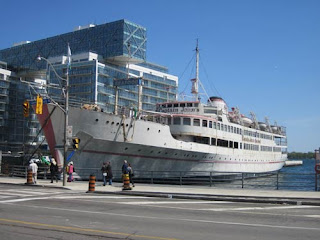 Captain John's Harbour Boat Restaurant has been floating at the foot of Yonge Street in Toronto for about 40 years.  The ship's real name is the MS Jardin and it used to be a cruise ship before sailing over from Yugoslavia to take it's place as part of Toronto's waterfront. 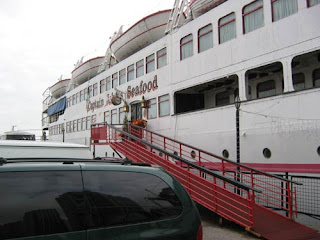 We went to eat at the restaurant once.  It was much later in the life of the restaurant when it was no longer the glory days.  We enjoyed ourselves, but we both agree the meal tasted more like we were eating at someone's house rather than in a restaurant.  On the way out there was a chance to win a free dinner for two so we threw a business card into the bowl.  Sure enough we got the call.  We went to eat at the restaurant again.  While the food tasted the same, our stomachs were thankful both times that it never felt like we were on a boat.  Lake Ontario doesn't usually get that rough, especially on a large ship moored in the harbour. 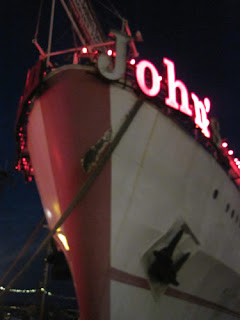 Time passed on and eventually Captain John's Restaurant was closed.  There was much debate on what to do with the now vacant ship.  The boat was unable to move under her own power and had never moved during her entire stay in the harbour.  It was finally decided that the ship and this part of Toronto's history must go.  In May 2015, tugboats pushed the ship out into the lake.   The whole thing was hauled off to the scrap yard with Captain John himself standing on the deck waving goodbye. 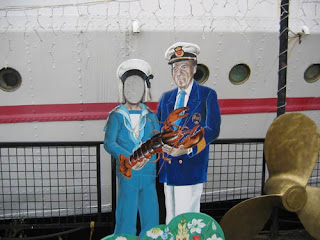 This location is near Queens Quay station. Visit other Toronto TTC stations.