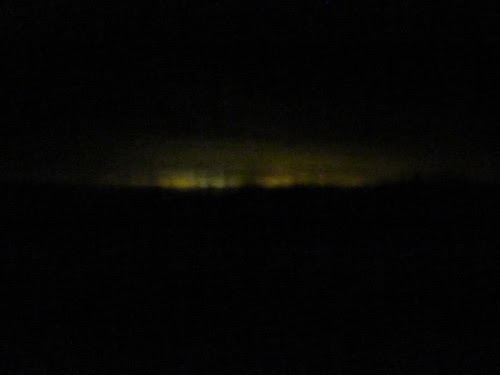 We went to Churchill to see polar bears and Northern Lights.  We succeeded in seeing polar bears.  The Northern Lights are caused by charged particles entering the Earth's atmosphere.  The resulting collision causes the much sought after light display.  Usually it manifests itself as greenish lights causing waves across the sky.  Unfortunately, for the three nights we were in Churchill, the skies were cloudy.  We slept in our room each night with the curtains drawn back despite the glare from the street lights.  All of this was in the hopes of catching even a glimpse of this spectacle. 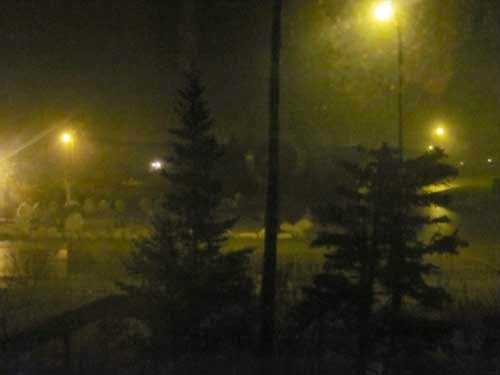 While we were in Churchill, we went dog sledding with a company called Bluesky.   They are located to the south-west of the town.  As we waited for our chance to go sledding we could see the lights from the town to the north.  The lights were giving off a yellowish green glow visible through the trees.  The picture below may be able to fool some people into believing we had captured the Northern Lights, but not us.  We hope to head north again soon and give it a try once more.  Perhaps in Iceland? 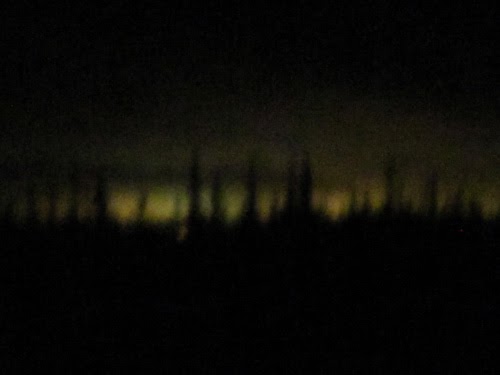